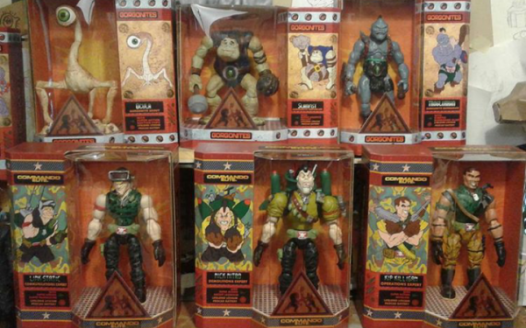 This is an attempt to show that there is interest to see Hasbro revisit the Small Soldiers toy line. The Gorgonites & The Commando Elite from the 1998 film Small Soldiers. In hope to ressurect both the 6 inch line and the 12 inch talking, poseable figure. Rerelease of previous characters as well as release the characters that never were, like Link Static, Butch Meathook & Ocula for the 6 inch line & all 12 characters released in the 12 inch line scale in more movie accurate packaging. #smallsoldiers