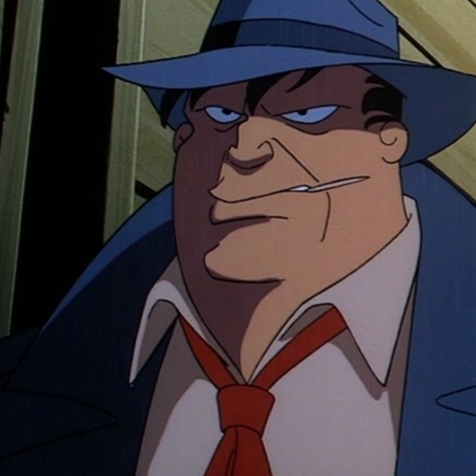 Harvey Bullock has been a fan favorite side character of the Batman mythos for 41 years. He has appeared in comics, animated shows, and now on the hit fox Gotham tv series. He's had trading cards, his own mini series, etc. The one thing he hasn't had, throughout all the years and in an iteration, is an action figure. Never has any toy company or licensing holder thought to make the first Harvey Bullock action figure.

DC Comics last year started a line of articulate figures representative of the legendary Batman Animated Series from the 90's, a show that Harvey Bullock frequently appeared on. They are making new versions of old classic figures as well as bringing some characters to mold for the first time. Still, despite the popularity of this line of figures, and of Harvey Bullock himself, there hasn't been an announcement or hint of a Harvey Bullock figure coming any time soon. I feel this would be a very popular figure as it would not only be sought after by fans of the current action figure line and the original animated series, but also any Batman toy collector who simply wants to finally add the tough as nails detective to their collection.

Help me send a message to DC and sign the petition. Thank you.