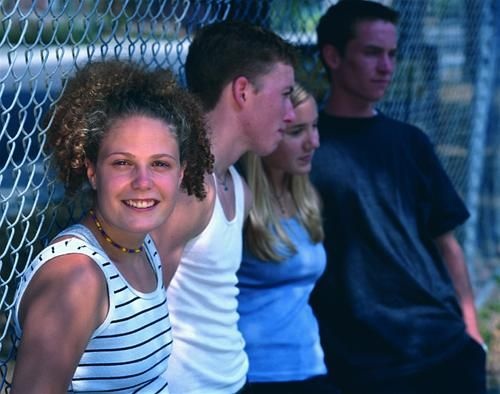 Harry Benjamin Syndrome is Not Transgender

Harry Benjamin Syndrome (HBS) is an intersex condition (DSD) developed in the early stages of pregnancy affecting the process of sexual differentiation between male and female. This happens when the brain develops as a certain sex but the rest of the body takes on the physical characteristics of the opposite sex. The difference between this and most other intersex conditions is that there is no apparent evidence until much later after the baby is born or even as late as adolescence. Genetic and DNA etiology for this condition has been proven by recent medical research.

Over 70 years of medical research regarding Harry Benjamin Syndrome (formerly known as Transsexualism) specify that there is NO evidence whatsoever that any psychological or environmental factors cause it. All of the medical research done to date indicates conclusively that physiological (neurological, genetic, DNA) factors are the sole cause of HBS.

Harry Benjamin Syndrome is now regarded by the world's leading experts in the field as another of the many biological variations that occur in human sexual formation -an intersex condition- where the sex indicated by the phenotype and genotype is opposite the morphological sex of the brain. People with the condition of HBS are therefore born with both male and female characteristics and, like many others with atypical sexual development, seek rehabilitation of their phenotype and endocrinology to accord with their neurological sex which is determined by the structure of the brain. Harry Benjamin Syndrome is about being a particular sex, not doing it. It is also about recognizing gender norms, not challenging them.

"Transsexuality" is a phenomenon that occurs in the animal kingdom (e.g. certain amphibians, birds, oysters) that consists of a change of natural sex in the species. This phenomenon doesn't occur in human beings for it is impossible to change the deeply imprinted neurogenetic inborn human sex. Transsexual and transgender are also terms used to refer to a vast and wide range of individuals in society depending on their subjective feelings and wishes about how they perceive and express themselves that it has no longer a clear meaning nowadays when used as societal adjectives.

It is today a social fact that those in the Transgender umbrella are using the biological evidence of HBS to undergird their socially constructed arguments in favor of their gender expression/gender identity ideology. In effect, they attempt to ride upon the backs of those with HBS to gain sympathy for their cause. Epidemiological numbers of HBS today are not representative of actual cases of HBS until there is a future revision of the proper terminology and diagnostic criteria, but it is estimated that people born with HBS are much less than 1% of the general population whilst transgender people are much more common. We are silent in comparison with the often loud and strident "transgender activists". Therefore, one can see that much of the misconception in the public perception of Harry Benjamin Syndrome comes from those who do not have the condition in the first place.

Harry Benjamin Syndrome follows the naming conventions of intersex conditions, and it identifies a very specific group of patients, therefore it shouldn't be confused with transgender or transsexuality.

Today we know that Harry Benjamin Syndrome is a disorder of sex development (DSD). Thus the ICD-11 has recategorized it under section 17 “Conditions related to sexual health” under the name “Gender Incongruence”. While this change removes it from the psychological classification (rightfully so), it does not correctly acknowledge it as what it truly is, as a Disorder of sex development.

We the undersigned demand full recognition of Harry Benjamin Syndrome as a genuine inborn intersex condition, not linked to transgender or transsexuality, as well as the correct classification of this condition along other Disorders of Sex Development (DSD), in order to advance in the human and medical understanding and treatment of this condition world-wide.

For an in-depth understanding of what Harry Benjamin Syndrome is and most importantly, what it is not, click here.

If you were born with Harry Benjamin Syndrome you are not alone, you can contact with other people born with the same medical condition here: hbs@promessage.com