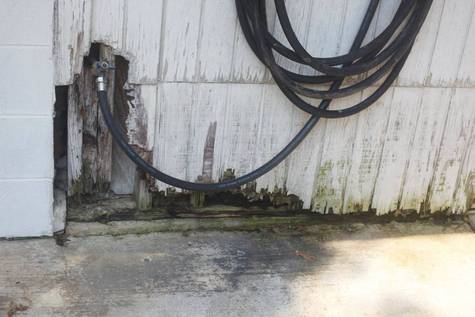 316 people have signed this petition. Add your name now!

The Harrison County animal shelter, located in Marshall, Texas is in desperate need for a New Animal Shelter!

Recently, a motion to rebuild the Marshall Animal Shelter was defeated at a Marshall City Commission meeting. This was taken as sad news by many in the local community who see a tragic lack of local resources for homeless pets

The shelter's purpose is not only to protect animals, but to protect the public from animal associated risks such as bite injuries and fatalities, disease transmission, traffic accidents, and property damage.

Each year, thousands of lost and unwanted kittens, puppies, cats and dogs in our city face homelessness, abuse, starvation, disease, injury, and death roaming the streets.

Even after reaching the shelter, the vast majority cannot be saved, despite the tireless efforts of animal control officers, rescue organizations, and members of the public.

There is simply not enough space.

This leaves Marshall with a nearly 80% kill rate. One of the highest in the country. A new shelter would be able to better serve our community and end this tragedy.

We can turn things around. Many cities have done so. We need a new shelter to do it.

It's Time for a New Shelter.

Please sign this petition and help us with our goal of getting a New Animal Shelter! Any and all signatures will help us!!