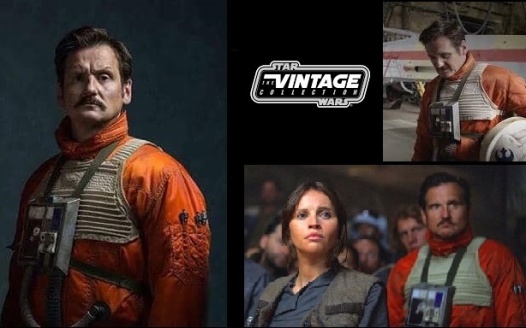 This petition was started with consent of actor Benjamin Hartley to show Hasbro the support of the community to have the character he portrayed in Rogue One - A Star Wars Story, Harb Binli produced as a 3.75 inch Action Figure in the Vintage line.

"Talk about life imitating art (or art imitating life)... I still find it very strange that things came somewhat full circle. I wanted to become a pilot after watching X-Wing pilots in Star Wars as a 9 yr old kid, so eventually became a navy pilot - which then in turn directly led me to become an X-Wing pilot in Star Wars. It still freaks me out a bit..!!" (Benjamin Hartley)

Harb Binli was a human male pilot from Eriadu who served in the Alliance to restore the Republic during the Galactic Civil War. During the war, Cadet Binli served as Red Seven. He fought in the Battle of Scarif.

Rogue One is one of the fans favorite movies but didn't see too much love yet in terms of products.

Let's get this done, show your support!