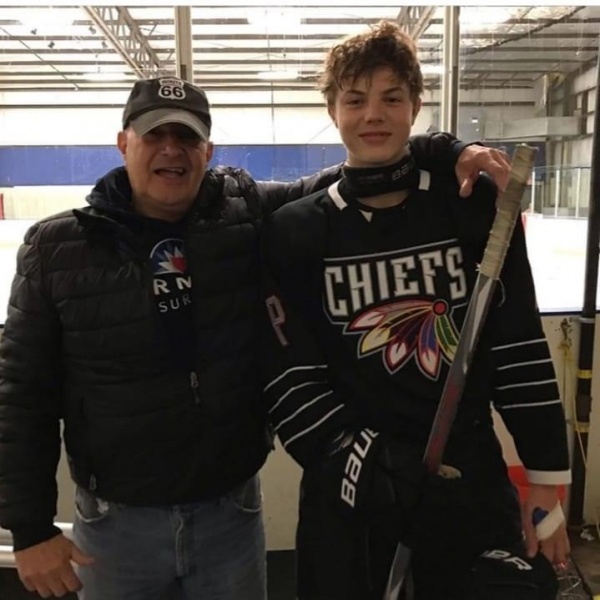 Andrew Marton is an excellent example for teens and athletes. His pride, dedication and discipline is what pushed him every day to be the athlete he was. Hockey was his passion and his #66 jersey is part of his legacy.

Andrew loved hockey. He started playing at the age of 4 and excelled at every level throughout his life.

Andrew was extremely proud to be a CHIEF and to wear his #66 jersey was like a medal to him. When he wasn't playing, he was always wearing his Chiefs jacket and the pride showed through.

The ice at West Meadows not only was where Andrew played with the Chiefs but also where he refereed numerous games.

Most important of all, for his brother Zach who is also a Chief, to have his brother's jersey hanging when he skates on his and Andrew's home ice.

Together we are ANDREW STRONG 66!