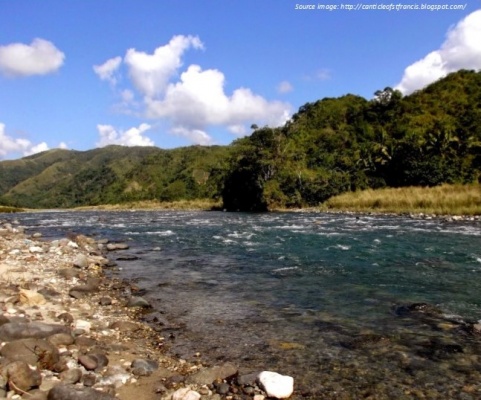 Apayao is home to a wide variety of indigenous people - the Itawes, Malaueg, Kalinga, Ybanag, and even Ilocano, co-existing with the Isneg/Isnag, the natives of the land, to name a few. Aside from its deeply-rooted historical contributions, Apayao is also one of the protected key biodiversity areas of the Philippines and is a perfect habitat for some rare and exotic species of plants, mammals, reptiles, birds, and amphibians. Its vast virgin-forest grown by Iapayao ancestors is believed to be a cradle for the Philippine Eagle, while the crystal clear flowing water of its rivers continues to reflect its culture, history, and people.

Facing a grave threat of ancestral land destruction, Iapayaos are crying for help against Pan Pacific Renewable Power Philippine Corporation, and the Department of Energy’s proposed Gened I Hydroelectric Power Plant, or most commonly called the Apayao-Abulug Dam Project, which is projected to start construction any time soon. Iapayaos acknowledge the benefit of the project but are also aware of the massive consequences. They welcome development but not to the extent when the verdant mountains cultivated by generations are to be cleared; not when the animal species are forced to stray and die without the comfort of their homes; and most importantly, not when the rivers, the soul of the province, are being suppressed; and in effect, disturbing the lives of the people, and the whole biotic and abiotic community that rely on these natural resources for survival.

Construction of Gened 1 Hydroelectric Power Plant is treacherous for the province. The river is naturally prone to sedimentation and siltation processes, which could eventually weaken the foundations of the dam, and in the worst-case scenario, the collapse of the whole dam. Should the foundation fail to hold itself, the whole Apayao, together with some parts of Cagayan Valley, will sink - a much worse scenario when compared to the recent unfortunate happenings, with natural calamities such as that with the Typhoon Ulysses.

The project is deemed unnecessary, and irrelevant to the communities considering that they are faring well without it. Numerous tribal elders have already voiced their disapproval with regard to the construction of the dam. The project will just endanger rather than benefit these people should they decide to proceed with it and in turn, disrupt the natural flow of the various biodiversity in the region. While this project will bring electricity to the communities and potentially modernize their way of living, it is of no value especially if the lives of the people will constantly be in danger.

Your single vote could save thousands of lives, the future generations of Iapayaos and other communities of indigenous people, and the preservation of biodiversity in the area. Sign the petition and show solidarity and support by sharing this call with family, friends, and the whole world.