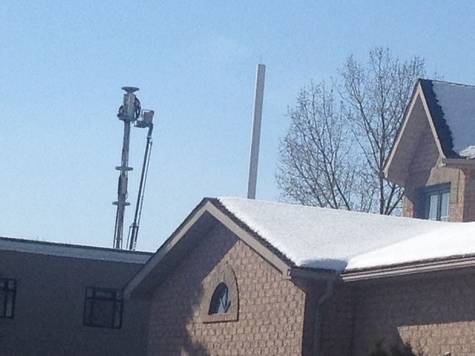 We, the undersigned, as concerned Lorne Park residents, ask Mississauga Lakeshore MP Sven Spengemann, to stop the operation and further construction of the newly erected Cell Tower adjacent to 1107 Lorne Park Road in Mississauga, Ontario. We ask that this tower is dismantled and removed from our community immediately.

As a well-established community of Lorne Park residents, we oppose the operation and further construction of this newly erected cell tower on the basis of the lack of government transparency in dealing with a community that vehemently opposed its construction since 2012, in addition to real-estate devaluation, adverse effect on neighbourhood aesthetics and potential negative health risks to nearby community members.

Past petitions collected in 2012 established that the residents of Lorne Park and Mississauga South are opposed to this construction. Councillor Pat Mullin and MP Stella Amber actively voiced their concerns that this tower belongs in an industrial area and advocated on our behalf. It is an affront to the residents and to the democratic process that this communication tower is to become active in March 2017 with practically no consultation with the community.

We call on you to act now. Stop the operation and further construction of the cell tower on Lorne Park Road.

By fighting for our right to live in a residential area free of RF radiation, hororouble Sven Spengemann, you are telling us that our community is more important to you than the wireless facilities and that you deserve our next vote.