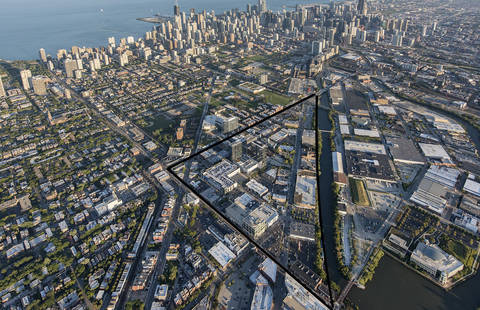 We, the undersigned, are all property owners of buildings located within the area known as the Halsted Triangle. It is a neighborhood bounded by Halsted Street, North Avenue, North Branch River Channel, and Division Street. It currently is zoned C 3-5 and designated as a buffer zone for the Goose Island PMD.

Having been removed from consideration within the ongoing Industrial Corridor Modernization Plan results in harm to the Triangle by leaving in place a restrictive zoning policy based on a 29 year old land use plan now obsolete. We believe this current restrictive zoning prevents the neighborhood from reaching its best and highest utilization.

We request the City of Chicago correct this ongoing policy by either including the Triangle within the Plan as suggested in the August Community Meeting summary and by abandoning the 2010 Plan for the Halsted Triangle adopted by the Chicago Plan Commission, November 10, 2010.