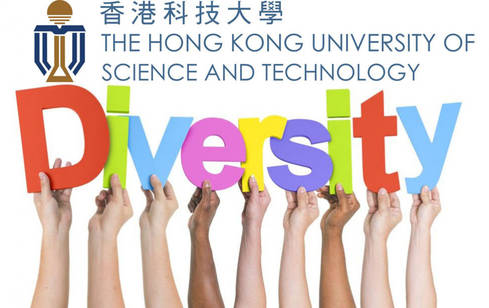 Recently, we were notified of the new Hall Allocation Policies.

Many questions were raised, but none of them were answered. This Petition aims for reconsideration of the new policy and the reasons are below.

Non-local students are a minority in the Hong Kong University of Science and Technology (HKUST). Around 35% of the University students are non-local, as of December 2016 (source: http://www.ust.hk/about-hkust/hkust-at-a-glance/facts-figures/), and this is a big number compared to other Hong Kong Universities. Internationalization is extremely important for the University, and this fact raises several problems with the new Hall Policy. By eliminating non-local students from the Residential Life, the campus loses its diversity and therefore, leads to the loss in international students in the future. Within the current changes, less and less UG students around the world will consider HKUST as a top-priority education establishment.

This problem has existed elsewhere for some time, and some countries have found successful solutions dealing with diversity problems. Take for example the United States of America, not only do US establishments have Presidents for Diversity and their special advisors (source: http://www.vermontbiz.com/news/april/champlain-college-appoints-special-adviser-president-diversity-and-inclusion), but they also understand the importance of the internationalization and attraction of people from different countries and cultures.

Such issues should not be neglected, and furthermore, should be diminished. However, the new hall policy magnifies these problems and may lead to the unfavorable consequences.

Let’s go through the new policies.

It was stated in the video that the 1 to 1 correlation between local and non-local students living on campus is imbalanced. Furthermore, the new policy raises the expectations from non-local students to rent apartments and rooms outside of campus in year 3 and 4.

It should be said firstly that if a non-local student is not given a hall, they are forced to spend an excessive amount of money for off-campus residence, whereas local students are not obliged to do that since they have homes in Hong Kong. Secondly, non-local students come from various countries that are often 5, 10, or 15 thousand of kilometers away from Hong Kong, and none of them have families or homes here.

The Office of the Dean of Students based their decisions on information from societies such as MSSS, SU, and ISA in order to make their conclusions. Let’s go through those societies.

Since the site doesn't have an English version and all the names of representative are written in Chinese, there are no international representative in MSSS.

The executive committee consists fully of Chinese students, meaning that the opinion of non-local students was neglected in this society.

The situation in HKUSTSU is similar to MSSS, since the vast majority of students are local.

Almost none of the international students know what points were mentioned to ISA representatives and in what way.

The group of representatives that were chosen were not balanced, and a big number of non-local students are not in agreement with the conclusions of the new hall policies.

This was stated in the video with the argument that non-local students are expected to rent apartments in the TKO, Diamond Hill, or Choi Hung areas. Thus, this decision was made on the basis of this exact new policy. In other words, this conclusion was looped in with other new policy conclusions.

3. Absence of consideration that non-local students do not have the chance or choice to live at home in Hong Kong.

It is not a secret that hall allocation is a great problem here, in the HKUST. It is also well-known that there are plenty more problems with internationalization and communication barriers.

However, the new policy does not solve any of those problems. In fact, it will increase the language barrier, decrease the diversity of residential lives, and rapidly expand the communication gap between local and non-local students.

1. The needs of the students are better represented by thorough consideration of student travel and residency logistics

2. The policy better accounts for the difference between local and non-local students and their housing options in Hong Kong.

3. The pursuit of diversity is better accomplished with policies that encourage more international students to attend HKUST, instead of a policy that hinders their attendance.

The announced policy is just another extreme after the previous one. Whereas earlier it was hard for local students to get on-campus accommodation, now it is simply opposite.

It’s important that HKUST satisfies the housing needs of all the students in a manner that makes sense for each of individual situations, and solves the problem on an urgency-of-need basis.