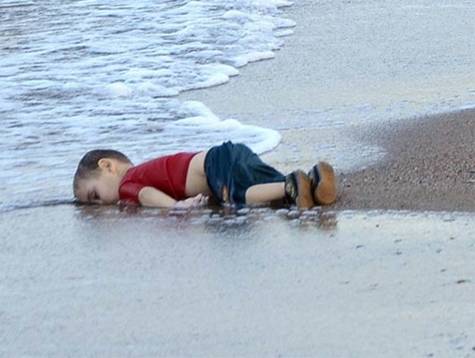 GW Bush, B Obama and others - we ask once again for your example

Today I ask as a fellow American for your leadership.

I woke up this morning shaken to read the headlines that our current President signed an executive action blocking refugee resettlement, halting travel for many foreign nationals, and creating a religious test for future entrants into our country.

I spent the next hour in denial and in despair. Then I decided to act. In the words of our beloved Dr. Martin Luther King, “our lives begin to end the day that we become silent about things that matter.” I will not remain silent on this. I plead for your assistance.

I ask all members of my family (republican and democrat), all my professional colleagues (regardless of your race, ethnicity or religion), and any other concerned American who gets this message to please read my brief plea and join me with your signature in solidarity if you are able.

I am the grandson of proud Irish and Italian immigrants who were not initially welcomed but later assimilated and became part of the fabric of this great country. I am also the proud father of three daughters – including my youngest who is an immigrant from Ethiopia, a beautiful and complex multicultural country currently engulfed in political unrest and under the threat of extremism on every border. Our world, especially East Africa and the Middle East are in great turmoil.

The America that I love, the America that drew my grandparents, the America where I welcomed my adopted daughter - was a welcoming country. It was a nation of immigrants. It was a melting pot of skin tones, cultures and religions. Lady Liberty did not say “send us your huddled masses - so long as they’re Christian.” There was no fine print, there was no color restriction, there was no religious test on her invitation.

The executive action taken yesterday cannot be seen in a vacuum. We have the benefit of history from which to draw experience. In 1939 America was recovering from the Great Depression and anxiety was high over limited economic opportunities in the heartland. It was then when the transatlantic liner St. Louis– filled with over 900 Jewish refugees - was turned away and sent back to its fate within the Third Reich. President Roosevelt did not approve an emergency plea to override the prevailing immigration quota for German and Austrian immigrants. On Holocaust remembrance day, we reflect with great regret that we were cowards on that day. We were more concerned with economic anxiety and isolationism than doing what was right. History shows us that we were wrong in 1939. Have we learned nothing?

I ask my Irish family - who I remind were met with epithets and disdain upon arrival at Ellis Island - to stand up and sign this letter. I ask my friends and family members who are Republicans - who believe that regulation and federal overreach are bad for America - to stand up against a federal regulation that divides us and makes America a symbol of bigotry. I ask my Notre Dame family - who have been reminded by Pope Francis to welcome the stranger - to stand up and demand America set a moral example and reverse this unChristian policy. I ask my friends and family with prior military experience - who understand better than any of us the toll of war and the desperation of refugees – to stand up and defend the victims of conflict. I ask my fellow physicians and medical community – who have been witness to the war crime bombings of hospitals and clinics throughout Syria – to stand up and demand we aid refugee survivors in their hour of need.

Finally, I ask - I plead! – for a unified public statement from every living US President and former Presidential candidate condemning yesterday’s executive order. Turning our back on a refugee crisis – and then openly declaring Christian lives are worth saving but Muslim lives are not – this is simply Un-American and unacceptable. Our moral standing in this world is at stake. Our citizens - and former leaders cannot be silent. What would Dr. King say if he was here today?

I am a lifelong Democrat who was extremely proud on September 17th, 2001 when my President George W. Bush visited the Islamic Center in Washington DC and declared “Islam is peace” and “those who feel they can intimidate our fellow citizens to take out their anger don’t represent the best of America, they represent the worst of humankind, and they should be ashamed of that kind of behavior.” President Bush et al - we need you to speak up again now. It may not be convenient to do so. It might be bad politics. But it’s what is needed. America is depending once again on your leadership. I ask my fellow Americans to sign this petition and join me in asking for your help.