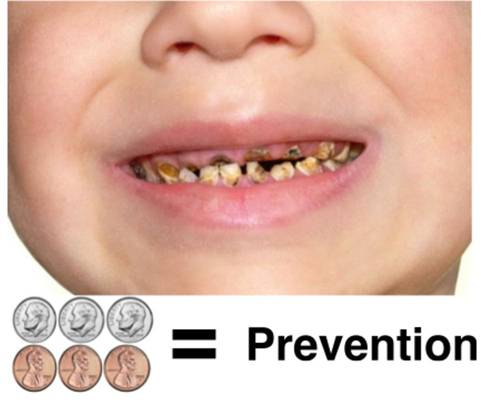 On April 18th, 2016 fluoride will no longer be added to the water supply for all residents who receive their water from Guilford Township Water Authority. The benefits of optimum concentration (.7ppm) have been proven time and time again by reputable and respected medical, dental, and scientific journals to decrease cavity rates among both children and adults.

it only costs the Guilford Water Authority $10,000 a year to add fluoride to our water.

Guilford and Greene townships have an estimated 31,000 people (census.gov).

That's only .33 per person per year. Thirty three cents!

That 33 cents has been shown to decrease dental costs by an estimated $35 per year per person on average and decreases total dental decay by roughly 30%.

Fluoride should not be removed due to a vocal minority. It's time to make informed decisions based on quality evidence and proper education, not "junk" science. Too often our society is guilty of believing and spreading unfounded claims, all with the good intention of protecting and informing others. However, we need to read and share these articles with an eye of scrutiny. Just because it is on the internet doesn't make it true.