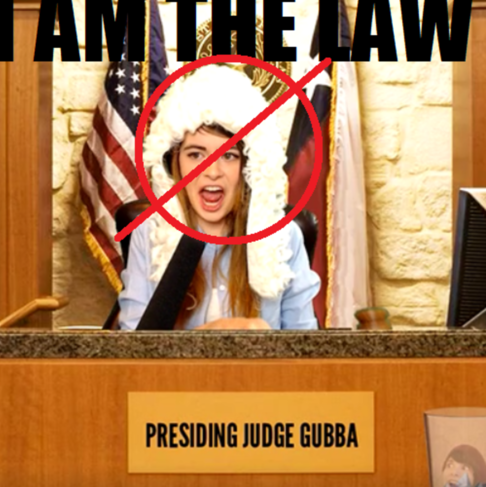 My fellow GubGers, on January 19th, 2017, our very reality shattered. Our moral compass, our pillar of truth, Gubba, lied to the community she molded. A community built on the principles of integrity, honor, and above all else, gubLove. On the aforementioned date, Gubba spun the Wheel of Death. The resulting spin clearly and without doubt, landed on "take a drink." Upon fully realizing and understanding the consequences of the resulting spin, Gubba concocted a clever ploy in her average-sized bighead. With a sleight of hand, guile, and treachery only seen in the most diabolical of criminal masterminds, Gubba swiftly noted how the spin, "landed in the middle," and spun the wheel as if this new illegitimate spin, born from the depths of deception and trickery, negated the results of the previous spin.

As fellow GubGers in the chat began to bring this simple misunderstanding to Gubba's attention, her lies and deceit grew. Repeating the same Kellyanne Conway-esque "alternative facts" she had previously, Gubba echoed how the spin, "landed in the middle." As a community constructed on the foundations of integrity, honor, and above all else, gubLove, we would never lie. As we GubGers urged Gubba to accept the immutable and evident truth, Gubba devised yet another expertly crafted cover-up. Gubba instructed us to provide proof of the wheel spin's result and post it to our community's Discord. Gubba promised the chat a detailed review of the evidence. Knowing our proof would be fairly and impartially reviewed, us GubGers felt justice would prevail. Little did we know, our faith would be #Shook.

On January 20th, 2017, the community received a beacon of hope and light in the form of Judge Gubba. Judge Gubba's qualifications were billed as one of a kind. A bastion of justice, Judge Gubba could even be considered over qualified for her position. Unfortunately, the events that transpired that frigid January evening can only be described as one thing and one thing only; a heinous miscarriage of justice! Upon reviewing the compelling and meticulously laid-out evidence presented against Gubba, the "honorable" Judge Gubba ruled that the evidence presented was "low resolution" and subsequently threw the evidence out of court. The chat promptly erupted in protest over Judge Gubba's ruling but our voices were silenced by the hasty gavel bangs of prejudice and corruption. *tries to hold back tears*