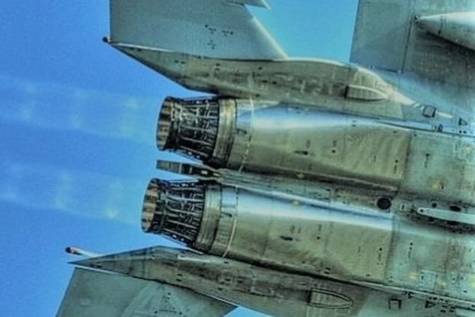 On 4/11/2017 East Columbia residents were informed that the Oregon Air National Guard intends to start a six (6) month “trial” period in which they would fly TWICE the number of F-15 jets affecting our houses, AT LOW ELEVATIONS for EXTENDED HOURS – SUNRISE to SUNSET, 7 DAYS A WEEK – FOR SIX MONTHS, STARTING THIS SPRING. Plus, once the “trial” period is done, this could become a permanent schedule!
We are vehemently opposed because F-15 jets are very LARGE, very NOISY, and very SCARY when flying directly overhead at such low elevations. They also leave a great deal of black soot-like jet fuel residue. Neighbors who have experienced these jets in previous tests have gone on record saying, “It's like thunder; It's an ear-piercing, high-pitched sound." Also, the massive size of these jets only 1,500 feet overhead is “terrifying” to neighbors who have endured previous similar trials. “The windows shake, the pictures on the walls all shake, and there can be no peaceful enjoyment of your home…”

We, the undersigned, are concerned citizens who urge our leaders to act now to protect our right to the peaceful enjoyment of our property, to protect us from additional noise pollution, as well as air pollution from additional black jet fuel emissions. We call on the City of Portland, the Oregon Air National Guard, the FAA, the Port of Portland, and the Citizens Noise Advisory Committee to halt any activity that would increase F-15 flights over our neighborhood.