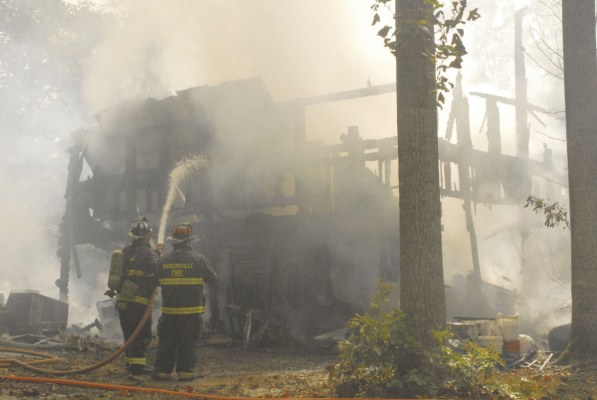 We the undersigned believe that there is no excuse for dropping half the charges faced by this arsonist, who put three children's lives at risk.

We call on the Interim Commonwealth's Attorney, Andrew Wilder, to re-file the dropped charge against Gerald Alvin Baugher. He must be held to account for ALL of his crimes!

On August 1, 2016, Gerald Alvin Baugher burned down the home of a relative. Three children were in the home at the time of the crime, and narrowly escaped the flames.

Mr. Baugher was initially brought up on two felony charges, but inexplicably convicted and sentenced on only one charge on August 22, 2017.

Court records reveal the truth - Mr. Baugher’s conviction was a result of a bargain in which The Greene County Commonwealth's Attorney dropped one felony charge. The dropped charge would have carried a prison term of between 5 and 20 years in prison.

The record reveals that Mr. Baugher was initially indicted by a Grand Jury on two charges:

First, Mr. Baugher was indicted for a violation of Va. Code 18.2-77. That section provides that any person who "maliciously burns” an occupied house, shall be punished by imprisonment for a term of “not less than five years", or as long as life.

Second, Mr. Baugher was indicted by a Greene County Grand Jury for a violation of Va. Code § 18.2-90, which provides that "If any person ... breaks and enters or enters and conceals himself in a dwelling house or an adjoining, occupied outhouse... or enters and conceals himself in any building permanently affixed to realty... with intent to commit murder, rape, robbery or arson… he shall be deemed guilty of statutory burglary, which offense shall be a Class 3 felony.”

A Class 3 felony is defined by Va. Code 18.2-10, which provides for "a term of imprisonment of not less than five years nor more than 20 years.”

Both charges started out in the Greene County General District Court. A judge examined the charges, and “certified” them to the Grand Jury, which means that a judge found the evidence sufficient to proceed with the charges. A Grand Jury comprised of Greene County citizens later agreed, and actually indicted Mr. Baugher.

Why was Mr. Baugher only convicted and sentenced on one of the two charges, then?