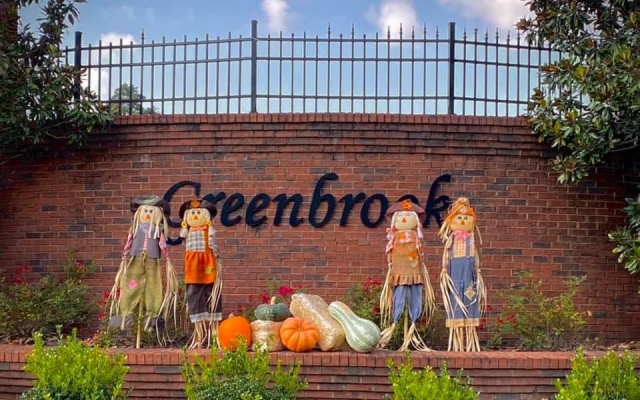 ­­This is an open letter from members of the Greenbrook Subdivision requesting that we continue to stay zoned to attend Hardin Valley Elementary School and that we remain within the overall Hardin Valley School zone. Our community is made up of two connected neighborhoods of multiple Greenbrook phases, and has a combined 235-240 homes.

Several concerns include, but are not limited to: the natural border that is created by Pellissippi Parkway, safety issues, easily accessible routes as well as distance to the school, and property values. Residents of Greenbrook Subdivision consider ourselves part of the Hardin Valley Community, and we want to be a part of a community school setting wherein our children remain “Hawks” throughout their education within the Knox County School System.

It is difficult logistically for parents when their children attend more than one school district; furthermore, it is not safe for buses and cars to cross over Pellissippi Parkway, making the logistics of traversing from Greenbrook to the new northwest sector elementary both cumbersome and dangerous. In addition, the natural border that is created by Pellissippi Parkway makes our location a natural fit for the current Hardin Valley Elementary School. Students would be on the bus much longer when traveling to the new elementary; whereas, it is only a few short minutes for buses and cars to travel to all the Hardin Valley school locations.

Most residents chose to buy and/or build in Greenbrook specifically because it was zoned for the Hardin Valley Schools, and our neighborhood is one of the earliest and well established neighborhoods dating back to 2007 before Hardin Valley saw the explosion of growth. Many of our residents have seen their children grow up attending these 3 schools from the very beginning and have been instrumental in growing our great community. In addition, many of these are homeowners and tax payers who commute to jobs in Oak Ridge, and chose to remain in the Knox County School District (and pay Knox County Taxes) over Oak Ridge City Schools.

We thought that the likely intention was to keep our subdivisions in the Harden Valley school zone, given the comments about Pellissippi being a natural boundary line at the meeting. However, the map that was shared at the July board meeting indicates that Greenbrook is slated for rezoning. This was not shared at the open comments meeting, which is concerning. Parents have major concerns about their children crossing Pellissippi by bus or car considering the number of wrecks that occur each year, and even if bus routes are taken into consideration, if they do not cross Pellissippi, it will be a much longer bus ride both to and from school. Given the fact that many subdivisions located in the Hardin Valley area, and some located on the other side of Pellissippi Parkway are also likely voicing their concerns, we feel it would be prudent for Greenbrook to also have a voice. We do not want our silence at the meeting to be seen as complacence as to where our neighborhood is zoned and we will be at the September 22nd meeting and future board meetings if needed. Our neighborhoods have collectively committed ourselves to monitor the rezoning process, voice our concerns where necessary, and to vote in local elections.

To summarize, there a numerous subdivisions that are younger and larger on the other side of Pellissippi that could be rezoned. Harrison Springs is one such example. These homes and neighborhoods are closer to the new school, and on the other side of Pellissippi. It does not make logical or safe sense to rezone Greenbrook without first rezoning and considering these neighborhoods, especially considering safety issues and current bus routes.