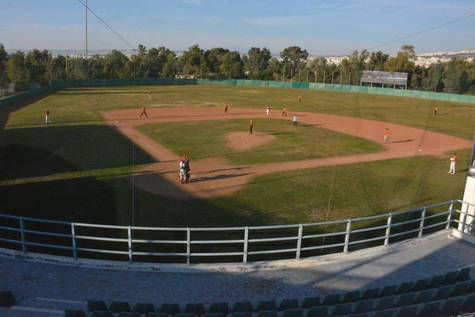 Help us save the only two Baseball fields in Greece from being lost.

The Greek Government has sold the entire Olympic Complex of Hellinikon. As a result the Olympic Baseball Field has already been left to rot while the two remaining fields former Olympic training fields will soon be torn down!

For more than 10 years and especially after 2004,the heart of Greek Baseball beats at the two Hellinikon Baseball Training Fields, which were created prior to that year at the old American Base. They are the legacy of the Athens Olympic Games and right now are the only sport facility of the ex-airfield of Hellinikon which are in full use, maintained only with the initiative of the players and coaches, with their own expenses

The fields already have NO electricity and No Water the last many years! Despite that, they are our HOME. It is where we teach young kids the magic of playing Baseball.

In a country where Football and Basketball dominates, it is already hard to keep people interested.

Baseball in Greece is in danger of extinction as no other fields are available in the whole country.

5 Little League, 5 Junior League teams and 10 Mens teams will have nowhere to practice, nowhere to play. More than 100 little kids will lose the opportunity to continue playing our favourite sport.