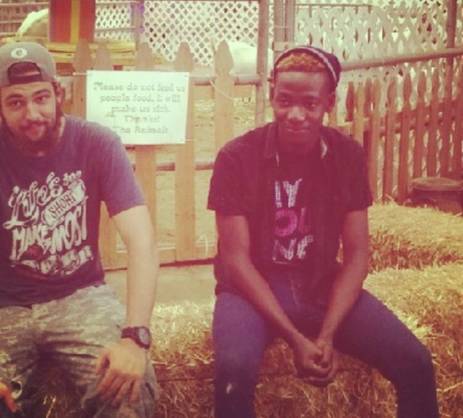 We the undersigned ask that our dear friend Temidayo Arowosegbe be granted asylum in the United States. Dayo (as he is known to his friends) came here from Nigeria on a student visa when he was 17, hoping to make a better life for himself.

As a member of the LGBT community, Dayo had particular reason to be afraid. In his native country, an Islamic terrorist group called Boko Haram has killed over 20,000 people, caused at least 250,000 to flee Nigeria, and has displaced approximately 2.3 million people. Aside from terrorist concerns, the Nigerian government also criminalizes same-sex relationships, which carry punishments of up to 14 years in prison, or death by stoning in some instances.

I (the writer of this petition) am an ordained priest at Dayo's church, and prior to his detainment have had several conversations with Dayo about his fear of returning to Nigeria. It is clear to me that it would not be in his best interests to return to his native country, nor would he be easily able to hide his LGBT status from the world, even should he want to. It is a fundamental part of who he is.

Beyond this, Dayo is a real asset to his community. He is kind and sensitive, very bright, and incredibly hard working. His love for America as a nation exceeds that of many native-born Americans that I've met. He also has a deeply held sense of honor. You can count on Dayo to be honest and follow through on his obligations.

We the undersigned humbly ask the judge and any other officers of the court to take this into consideration when determining his bond and when evaluating his request for asylum. Dayo has become a member of our family and his life is in your hands.