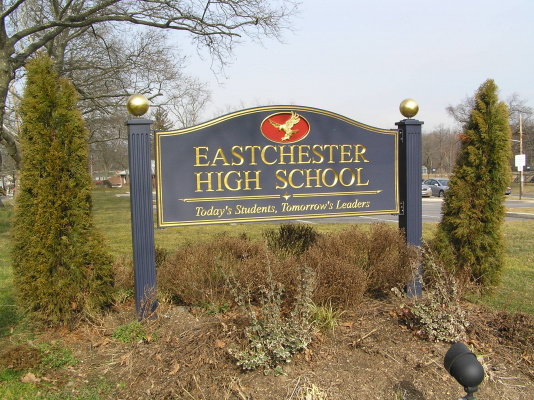 I feel as though our senior year has been completely changed for our senior class. I understand that there are certain issues that are out of your control such as the construction but as underclassmen you look forward to the traditions that senior year entails. The changing of the graduation gowns has raised concerns to the senior class. It has been brought to my attention that there is a gender neutral issue that should be addressed and solved. Maybe, the individuals who do not identify with a specific gender, or any student for that matter, should be given the choice of whether they want to wear the white or blue gown. If it is necessary to choose one color for the entire class most would prefer a solid white in order to express who they are as individuals as well as celebrate our years at Eastchester as new alumni, a privilege which has been limited by the new gowns. Another concern is that our graduation pictures taken during the Summer were taken in the traditional cap and gowns. My parents, along with many others, did not order those specific pictures because they assumed they would be able to purchase our traditional cap and gown photos after graduation. I can speak for the entire class by saying that most girls look forward to wearing the traditional white gown and most boys look forward to wearing the blue. I feel as though the gowns presented to us takes away from our graduation experience that we have been looking forward to for years. The names below are a list of people who have expressed the same worry.

Alexandra Rodriguez and the Class of 2018.