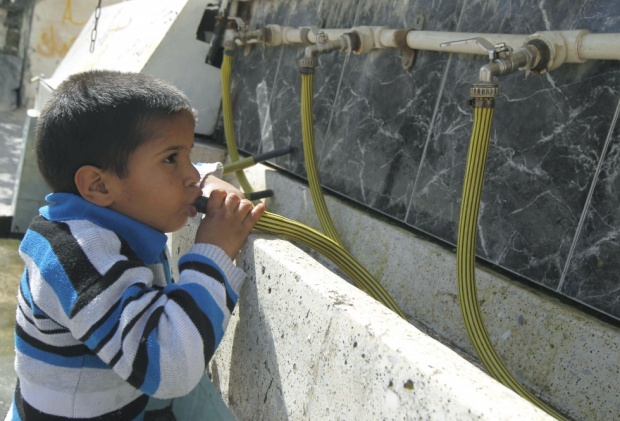 Government of Canada: Make a statement supporting international law. Tell Israel that they are breaking humanitarian laws and the Geneva convention.

There are many parts of the Middle East conflict that are complex, and it is difficult to achieve consensus on many parts of this issue. This petition is requesting only that the government emphasize their support for international law and the Geneva convention, and to acknowledge publicly when breaches in the letter or spirit of that law are evident.

Here is a letter to Prime Minister Stephen Harper. I hope you will sign it with me, and ask for a small token of support for human rights.

The crisis in Gaza and the West Bank, under Israeli occupation and currently under attack, is becoming too devastating to ignore. The Canadian government unconditionally supports Israel's right to self-defence, however it is becoming increasingly untenable for Canadians to support the Israeli government in its attacks on civilian targets, and now its attacks on the civilian water supply.

While I would like for our country to support some rights for Palestinians and to question Israel's policies occasionally, especially when they contravene international law, I don't expect that the Harper government will change its stance of unconditional support for Israel. I expect to receive a reply to this letter that is vague at best, supporting Israel's right to self-defence and not addressing any of these points directly. I hope that I will be surprised, Mister Prime Minister, by receiving your honest, clear, and complete refutation of all accusations that Israel has broken any international laws during the current conflict.

In an attempt to help focus your response, I would be much obliged if you could please respond to the following quote from Saed al-Din Atbash, head of water facilities at the Municipality of Gaza:
"Under international law, the targeting of civilian water supplies is classified as a war crime," Atbash said. "The Israeli occupation’s fighter-jets targeted a sewage-station holding 25,000 cubic meters of untreated sewage, pumped in from four areas daily." http://www.middleeasteye.net/news/israeli-jets-destroying-gaza-water-and-sewerage-systems-284613778#sthash.0tM6tCoV.dpuf

And, this quote from the International Committee of the Red Cross:
Hospitals, refugee camps, schools, and homes all need water and electricity in order to function, but recent attacks have put water and electrical systems out of action. http://blogs.icrc.org/ilot/2014/07/15/gaza-water-in-the-line-of-fire/