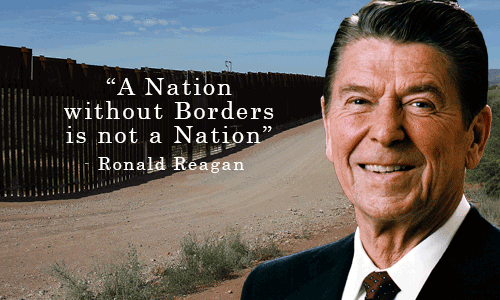 Gov. Ducey – You promised us!

GOVERNOR DUCEY YOU PROMISED, NOW WE NEED YOU TO DO YOUR JOB "PROTECT ARIZONA NOW"

Arizona Republican Party takes a strong stand: For 3 years in a row the Arizona Republican Party at their State convention where every single Legislative District, and Congressional District of this party voted UNANIMOUSLY to support a resolution to enforce laws on Employer Sanctions and the elimination of Sanctuary Policies in this state. 73% OF AMERICANS JOIN US. You know whey Donald Trump leads in the polls? Because we have had enough broken promises.

We have a massive failure of government, like Hurricane Katrina, the failure is at all levels, federal, state and local.

Government is complicit in the deaths, maimings and cost of illegal aliens on American taxpayers and citizens.

A culture of corruption:

Whereas we the people of Arizona having spoken loud and clear by our overwhelming vote for enforcement at several elections, polls and Resolutions with the support of Arizona Legislators and Law enforcement, do hereby petition the Governor of the State of Arizona, the Honorable Doug Ducey to fulfill his duty and his campaign promise to defend the citizens of Arizona and their property from existential threats by taking all necessary and proper action, as afforded him by United States and Arizona law, to act decisively to secure the Arizona/Mexico border and the enforcement of state and federal laws, and

Whereas enough is enough; it is past time to hold our elected and appointed officials accountable to that sacred Oath of Office they take and promises they make and

Whereas Supreme Court Justice Antonin Scalia gives hope to those who love our country and want to protect it from malicious efforts to tear away at the Constitution. In his 2012 dissent on the 3 sections out of the 13 that were not upheld by the Supreme Court on SB1070, Justice Scalia stated, "There is no federal law prohibiting the States' sovereign power to exclude [illegal aliens]…. the federal government must live with the inconvenient fact that it is a union of independent states, who have their own sovereign powers…. the states have the right to protect their borders against foreign nationals, just as they have the right to execute foreign nationals for murder…. Arizona is entitled to have 'its own immigration policy' ¬ including a more rigorous enforcement policy ¬ so long as that does not conflict with federal law," and

Scalia further stated; "But to say, as the Court does, that Arizona contradicts federal law by enforcing applications of [federal law] that the President declines to enforce boggles the mind …. What I do fear – and what Arizona and the states that support it fear – is that 'federal policies' of non-enforcement will leave the states helpless before those evil effects of illegal immigration that the Court's opinion dutifully recites in its prologue but leaves unremedied in its disposition." Scalia's scorn for the majority ruling condenses itself into a question about the Constitutional Convention in 1787: "Would the States conceivably have entered into the Union if the Constitution itself contained the Court's holding?" His answer: "The delegates to the Grand Convention would have rushed to the exits," and

Whereas Justice Scalia raises the question that needs to be faced by everyone who cares about our freedom: "Are the sovereign states at the mercy of the federal executive's refusal to enforce the nation's immigration laws?" The answer to that is clearly "No," and

Whereas as SB1070 was to put an end to all "catch and release" policies and illegal sanctuary policies within the state of Arizona and Arizona's Legal Workers Act was to stop employers from "knowingly" hiring illegal aliens and to protect American and legal workers jobs and protect honest employers from illegal employers, and

Whereas the citizens of Arizona and the United States of America are suffering great harm, deaths, maimings and risk to our economy, persons, health, disease, property, and safety as a direct result of the wanton abrogation of US immigration law by some of our local law enforcement and the Executive Branch of the United States Federal Government, and

Whereas, the United States Constitution is the Supreme Law of the land, and the President of the United States of America, Barack Hussein Obama, has failed to honor his oath of office by willfully neglecting to faithfully execute all of its laws as required in Article II Section 3 thereof, and

Whereas, the President of the United States of America has failed to protect each State against invasion as required by Article IV Section 4 of the Constitution, and

Whereas, the United States Constitution and the subsequent Federal Government were created to provide for the common defense of the citizens of this country, and, that without borders, laws, and a faithful Administration of those laws our nation would cease to exist;

Whereas, existing Federal Immigration laws, if enforced and supported, are wholly sufficient to stop illegal aliens from gaining entry and maintaining a presence within our nation's borders, and

Whereas, America is a nation of LEGAL immigrants and has been made great by their contribution to our society as they pursue happiness without the expectation it shall be guaranteed for them by government intervention, and

Whereas, even prior to the drastic uptick in illegal crossings, Arizonans paid $2.6 Billion annually to educate, medicate, and incarcerate illegal aliens, and

Whereas, the State of Arizona is a sovereign State of the Union, having borders, laws, property, and legal inhabitants—and being such a State, maintains an unalienable right to self-defense, as clarified in Article 1 Section 10 of the Constitution, when faced with an unlawful menace that jeopardizes the peace and property of its citizens, and

Whereas, the Governor of a State is the Commander-in-chief of the National Guard of that State, and

And whereas, the Governor of the State of Arizona is charged with the solemn duty to faithfully execute all of our State laws and to maintain peace and safety for the citizens of our State, and

The Arizona Republican Party by way of Resolutions in support of the people of Arizona call upon our Governor to summon all Arizona law enforcement agencies at his disposal to be activated and directed to accomplish the following IMMEDIATELY*:

1. Deploy the Arizona National Guard to the border with Mexico

3. Prevent all unlawful entries into the State of Arizona in cooperation with U.S. Border Patrol officers and provide on-scene oversight to insist and ensure that is being accomplished

4. Create a coalition of States, led by their Governors, dedicated to stopping illegal immigration by administering the enforcement of all existing laws

6. Enter into contract with county sheriffs throughout the State to provide temporary detention of all apprehended illegal aliens

7. Repatriate all apprehended illegal aliens through all means available and utilize emergency funding to cover transportation costs. Recover those costs from the Federal Government

8. Prosecute any local official who aids and abets illegal alien activity by refusing to enforce laws they are charged with administering

10. Permanently suspend social benefits to illegal aliens within Arizona except for short-term emergency aid until repatriation is initiated (2 weeks maximum)

11. Insist that relocation policies end and that all activities are directed towards deportation and repatriation

12. Establish an account of how many illegal aliens have been relocated and determine where they were sent and if any means to track them were established

13. Enforce all laws which prohibit the harboring, aiding and abetting of illegal aliens

The following laws are provided as references in support of the action called for in The Arizona Resolution.

Preamble of the United States Constitution

Article I Section 10 of the United States Constitution

The Ninth Amendment of the United States Constitution

The Tenth Amendment of the United States Constitution