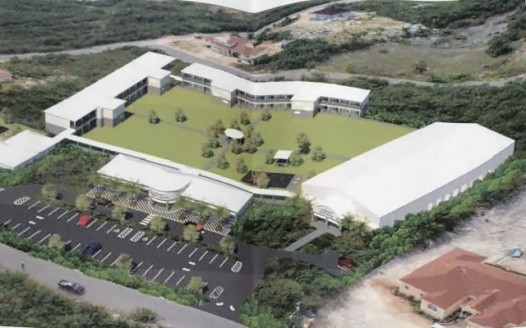 Protect Our Homes and Safeguard Our Children's Future in The TCI

The Government of the Turks and Caicos Islands intends to build a Public Primary School under Planning Application PR 13836 on Parcel Number 61113/268, Long Bay, Providenciales. Whilst the desire to see a modern Primary School built on the island of Providenciales is encouraged, this Petition is a strong objection to the chosen site on the basis that the site would not only adversely affect the safety and character of the residential area, but that the site also defeats the purpose for which the school should be built and for which the funding provided for its construction has been secured.

Summarised particulars are as follows:

2. The proposed site is difficult to access and will cause unnecessary traffic congestion causing problems not only for students but also for residents within the area.

3. The land does not meet the environmental standards of a site which should house an educational institution for our nation's children. There is a nearby swamp and the site has proven to be susceptible to adverse impact following storms. No environmental impact assessment has been reported to the public concerning the proposed site.

4. Accessing the site will be difficult and unsafe for our children. The site is about half a mile away from the main road. Students will have to have to walk from the main road to the site either because of traffic congestion or to access jitney/bus services.

5. There is an urgent demand for a primary school elsewhere on Providenciales. In the aftermath of the 2017 Hurricanes, heavily populated areas such as Blue Hills remain without a primary school, while others such as Five Cays and The Bight struggle to cope with dilapidated buildings and overcrowding. A more responsible use of Crown Land and financial resources would focus on the construction of a school within one of these districts which currently scream for attention and investment by the Government.

By signing this petition YOU ARE NOT OBJECTING TO THE BUILDING OF A NEW PRIMARY SCHOOL ON PROVIDENCIALES. What you are doing is signifying a wish which ENCOURAGES THE CONSTRUCTION OF A NEW PRIMARY SCHOOL ON A SUITABLE SITE WHICH MEETS THE CURRENT NEED IN PROVIDENCIALES and further ensures that the right to one's peaceful enjoyment of their home is preserved. As such, the objection is simply to the currently proposed site.

By signing this petition YOU REQUEST THE TCI GOVERNMENT TO CONDUCT A CONSULTATION EXERCISE IN GOOD FAITH with the community most likely to be affected by the proposed development.

Thank you for being an champion for good governance and responsible development!

The peaceful enjoyment of one's home is a right enshrined in the constitution of the Turks & Caicos Islands. Therefore, it is the responsibility of the public authority to ensure that development proposals for commercial projects within residential areas are properly considered with this right in mind.

Further, whilst the construction of public educational facilities is to be encouraged, the site chosen to construct a school must be land on which the proposed school can properly be supported and the purposes for which it is built can be adequately met. To this end, when selecting a site for the construction of a school facility those possessing the requisite authority to approve construction must ensure that the site is capable for meeting both current and future needs based on population projections and distribution, and must consider, among other things, the condition, capacity and needs of existing school facilities; transportation plans and the impact the location would have regarding both student access and the traffic flow of the surrounding area, and whether the designated land is being properly used capable of allowing for future modifications and adjustment over the years to meet the needs of a developing society.

Details of the particulars for the objection are as follows:

1. Nearby land is already designated for such use. To build upon the currently proposed site the Government requested in 2017 a long-term lease from the Crown. The request is illogical has Land nearby the area has already been zoned for the construction of educational facilities. Parcels 60810/198, 195, 196 Long Bay Hills, Providenciales are registered locations for the development of educational facilities with the Ministry of Education Registered as the proprietor. This land is not only larger in size (being in excess of 23.35 acres) but also better suited as it currently houses the Long Bay High School on less than half of parcel 60810/198 which is less than 13.35 acres. This provides more than enough space to erect the proposed primary school with sufficient buffers to separate the two institutions and to preserve the current character of the surrounding area. Crown land is an extremely limited resource within the TCI and the current attempt to construct the primary school on a site not previously zoned for such use and to disregard nearby land for which development foresight reserved it as such is an outright misuse of Crown land and an abuse of its policy.

2. No proper access to the site. The road giving access to the proposed site is too narrow to accommodate the volume of traffic the proposed development is likely to create. The narrowness of the road is certain to cause obstructions to the residents’ access to their respective properties. In fact, the road is not a road at all, but a very narrow lane. These obstructions will not only impact the owners living on that particular lane, but also the adjacent lanes which are bound to become alternative routes for persons trying to access the school.

3. Accessing the site would prove difficult and unsafe for children. The site is about half a mile from the main road. This creates some concern for the safety of students who rely on public transport or jitney services other than the school bus. With the increased traffic on the lane private transport providers/ jitneys are likely to drop children off on the main highway with them then having to walk down to the school amidst congested traffic. Further the road is too narrow to allow any school bus to safely maneuver through.

4. The land is not a proper environment. The immediate surrounding area of the proposed is swampland which will need to have some sort of filling. This will have an adverse effect on drainage and flooding within the area. The Hurricanes of 2017 revealed the proposed site to susceptible to adverse impact from flood water during storms.

5. The site does not meet the current and immediate future demand. The current site cannot be reasonably argued as a site which will properly meet the current need for a primary school on the island of Providenciales. It is likely that the school will not be zoned as the proposed area currently does not avail a population size adequate for properly filling the school. In the aftermath of the 2017 Hurricanes, the primary schools currently located in the Five Cays, Blue Hills and Bight districts of the island are severely damaged. Thus, any funding allocated for the building of a school would be better suited for use within one of these communities which currently present a demand for a modern primary school (unlike Long Bay) due to currently dilapidated facilities and overcrowding. It is unreasonable that the Government would elect to use its limited resources to build a primary school within an area currently not expressing a need for it while three communities currently scream their need for attention and investment. The proposed development is commercial in nature whilst the surrounding area residential.

In addition to the above, the proposed site was requested by the Premier for the construction of the proposed school in September 2017. The Governor approved granting the Ministry a lease over the site subject to the satisfaction of an environmental assessment and all other issues affecting the environment. To date, no evidence of any environmental assessment properly conducted and considered has been produced concerning the proposed development site. Further section 18 of the Turks & Caicos Islands Government requires that the Government in all its decisions must have due regard to the need to foster and protect the environment in a way that is not harmful to the health or well-being of present and future generations, while promoting justifiable economic and social development. To this end, the TCI Government has yet to show a commitment to this mandate when dealing with the proposed development.