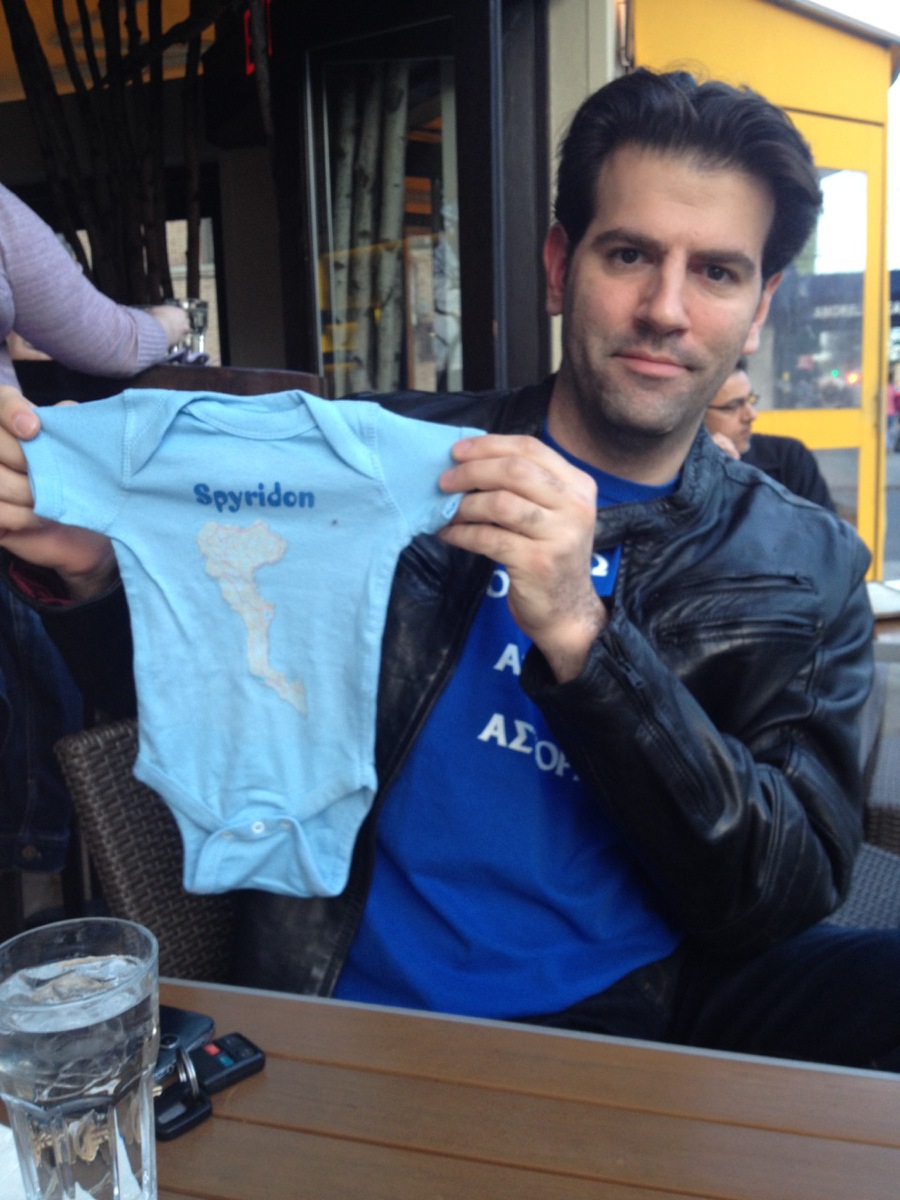 5452 people have signed this petition. Add your name now!

Thank you for viewing my petition.

This Petition was established by Nicholas Constantine Soukeras as an outcry for the right, privilege and authority, under God and in accordance with the laws of the Greek Orthodox Church and in the tradition of all Hellenic peoples throughout the world, to name his first-born son "Spyridon" after the petitioner's father, "Spyridon Hristos Soukeras".

Point 1: The petitioner's wife, Kseniya Mihailovna Soukeras (née Kudzin, a.k.a. "Kudin") and future mother to his heir, is of the opinion that the name "Spyridon" is archaic, base, bereft of elegance and unsuitable for a child living in 21st century America.
Counterpoint 1: The petitioner's wife is a native of the "Rebublic" of Belarus and has been exposed to such barbaric names as Arman, Osip, Igor, Rurik, Ruslan, Artem, Vadim and Zoran (to name a few) throughout her Soviet childhood. As the Russian ear is not trained for the sweet, musical sounds of our Greek nomenclature, and as her exposure to the English language and American culture has been limited to a mere eight or so years in Southern New Jersey and the borough of Brooklyn, New York (enough said), Mrs. Soukeras has not been afforded the time nor opportunity to accept the quite common and well-received name "Spyridon" in not only Greek communities, but in the United States as well. Had President Nixon resigned a mere ten months earlier, in fact, the 38th President of the United States would have been Spyridon Theodoros Agnostopoulos (a.k.a. Spiro Agnew), rather than Gerald Rudolph Ford, Jr. Additionally, the current President of Russia, Vladimir Vladimirovich Putin, can claim that his paternal grandfather, Spyridon Ivanovich Putin (1879-1965), was the personal chef to Vladimir Ilyich Lenin himself. The point here being, the name has been held by the highest and most honored officials and patriots of both the U.S. and the former Soviet Union.
Point 2:
The petitioner has agreed that if the aforementioned heir is born a female, all rights to the naming of the child are hers.
Counterpoint 2:
This is more than fair. Should Mrs. Soukeras name both children according to her wishes, the marriage, not unlike modern day Belarus, ceases to be a democracy (the concept of which was borne by the brilliant minds of the Ancient Greeks) but rather an authoritarian dictatorship.
Point 3:
The petitioner has agreed that if the aforementioned heir is born male, all rights to the naming of the child's middle name are hers.
Counterpoint 3:
This is a fair allowance. The preference would be that should the child be male, the middle name, in accordance with tradition, be named after the child's father (i.e., "Nicholas"), however the petitioner's desire that the child be named after his paternal grandfather is so great, that any previous designs toward the the middle name nomenclature are hereby willfully forfeited.
Point 4:
The petitioner has agreed that should a second male child be born in the future, all rights to the naming of the child are hers.
Counterpoint 4:
Another fair concession -- the petitioner only requests that the first name of his first-born son be "Spyridon" rather than "Michael", which would by all accounts be diminished to "Mischa" by the petitioner's Russian-speaking wife, a name also shared by B-list Hollywood actress Mischa Barton, star of such films "Virgin Territory" and "Zombie Killers: Elephant's Graveyard".
Point 5:
The koumparos to the petitioner and his wife, Mr. Konstantinos Soukeras (a man who was himself named after his paternal grandfather), has expressed that the name should adhere, by his God-given authority, to the traditional naming conventions of Greek tradition. As the elected Godfather, baptizer and patron saint on earth to the petitioner's future child, such rights should, by all accounts, be afforded to Mr. Konstantinos Soukeras heretofore.
Counterpoint 5:
A counterpoint at this juncture would be ungodly.
I thank you in advance for considering my plea. Please carefully consider the above points and sign the petition at your convenience.