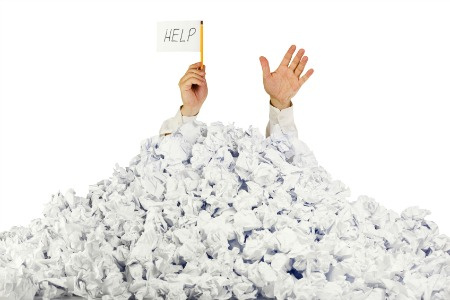 Going paperless is cheaper, faster and easier and most companies are moving in that direction when it comes to communicating with and paying their employees. A common change being made is the one to replace paper pay statements with online ones.

As an employee at Stauffers of Kissel Hill, I believe the company and its employees would benefit largely from this change. Stauffers has eight locations staffed with dozens of employees at each of the stores. Most employees- at the Mechanicsburg location- access their emails regularly or have smart phones that allow them to do so. Many of these employees already receive direct deposit, so why the hassle of paper pay statements?

Employees who are college students, seasonally employed or those who do not work frequently may find online statements easier to access when they go back to school (and a pay statement has been issued afterward) or when they simply cannot come in to pick it up. There would be no waiting around for a manager to bring the statements in and no extra driving to get them. Paper pay statements from two years ago in your desk will no longer be a problem, and from the moment you go paperless, you will have the opportunity to access any of your pay stubs at any time with just the touch of your fingertips. No more digging through drawers to figure out what your year-to-date pay has been or, for those of you who don't even look at them, no more of the general hassle of having them.

Stauffers itself would benefit as well. Less statements to distribute means less money spent on paper and envelopes. Managers wouldn't have to worry about distributing them or, when employees don't pick them up, having them lay around for weeks or months
collecting dust. Less paper also means less creation of waste.

I would really like to see this change, and as much as I would like every single person to switch over to paperless statements, I also understand that for some people paper is more convenient. For this reason I believe employees should have the opportunity to opt in or out of paperless statements whenever they feel it is the best choice for them.

Thank you for listening and participating in my idea, now
let's make a change!