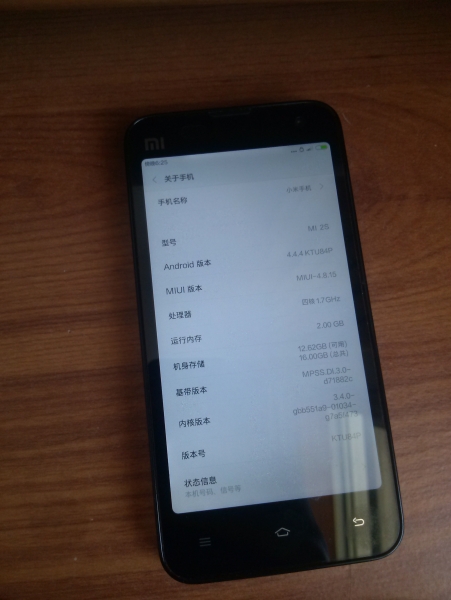 I got my Mi2 with android 4.1 on board.
After six months / year we got a "fake update". Why I think so?
Because android version has not changed.
Have already passed 2 years since the release of Mi2 and 1.5 years since the release of Mi2S.
Recently introduced a new version of the shell MIUI - MIUI 6.
Announced support Mi2 / Mi2S, but only at the end of the year.
Disappointment .... But this is not the end. Yesterday, the developer wrote:
"I have in the box is Mi2 with MIUI v6 4.4.4 and it does not work perfectly, so we are not going to work on that and will be ported MIUI v6 on Android 4.1. Users do not realize that it is very difficult .... "

I'm not the developer of world-scale, but I understand that it is pretense. Marketing to stop the development of Mi2 / 2S.
Without conscience. Due this model, Xiaomi has earned a good reputation and the beginning of global expansion ....

We demand an official update our device to MIUI v6 4.4.4, otherwise we will never again buy a product to a year to stay with empty hands