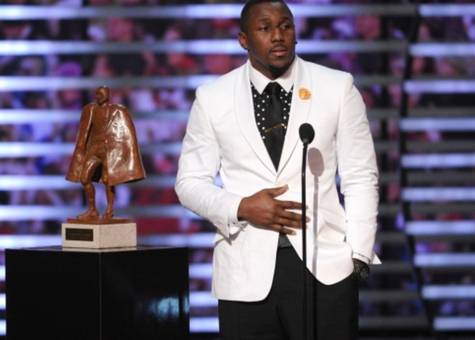 Give Thomas Davis a statue at BofA Stadium

We, the fans of the Carolina Panthers would like to ask that you erect a statue outside of Bank of America stadium in honor of Thomas Davis.

Thomas Davis has been such a tremendous inspiration to Panthers fans throughout the Carolinas, Georgia and the world for more than a decade. Mr. Davis has given of his time, money, and his heart to help those in need. He has inspired a community to never give up, even if the odds seem to be insurmountably stacked against you. Thomas Davis is the epitome of the Keep Pounding motto.

Mr. Davis has been a leader to his teammates, the community, and the NFL as a whole. He has shown others in his profession the correct way in which to conduct yourself-- on and off of the field.

When people bring their children to the stadium and they look upon the likeness of Sam Mills, they explain what he meant to the organization and the region. They tell of how Sam's fight gives us all the will to fight-- to Keep Pounding.

We as fans can think of no better pairing for the Sam Mills likeness and legacy than the one of Thomas Davis. As fans, we want to be able to bring children to Bank of America Stadium and tell them of Thomas Davis' struggles, triumphs, dedication and inspiration. What better way to do that than to have a tangible, physical representation Thomas Davis himself?