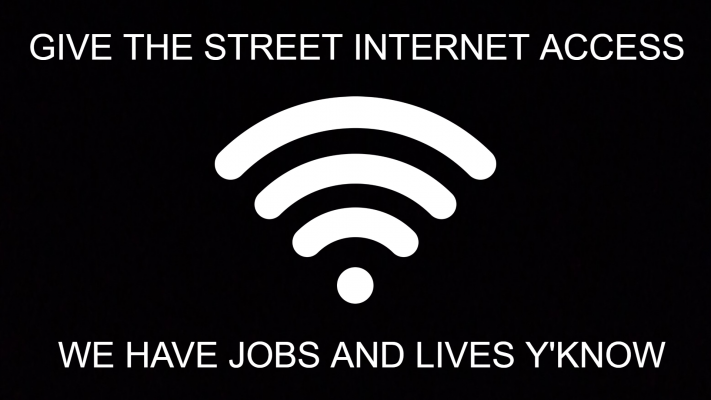 It's been several months since my family has moved into the area, and all this time we've been struggling with the wifi connection. I myself have an online community I run as a game developer, and we have a game in the works that I'm near completely unable to work on due to our limited connection. I am unemployed, and do this as a main career and all funding comes from either this or art commissions. The game is planned to release for testing before 2022, and progress is greatly slowed due to one of my developers needing to step down, leaving me as the only member on the team who can make animations.

My mother also has work she needs to do, and my father struggles just to watch a movie at the end of a long work day. We all get frustrated on having to battle for the bandwidth, none of us being able to get done with what we need to.

This petition is signed by my family and people waiting for progress on the game we're set to release.