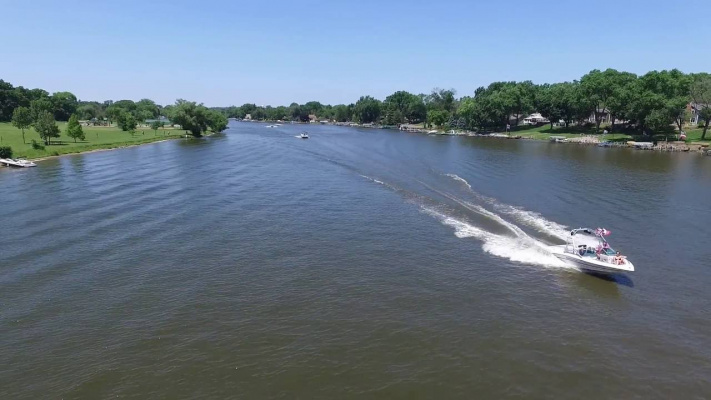 This is an updated version of the petition that was created to protest the significant restrictions to powerboating on the Lower Fox River that have been proposed by the Chicago Metropolitan Agency for Planning (CMAP) in a plan called the Fox River Corridor Plan. Though recently revised, the Corridor Plan still seeks to transform the Lower Fox River into an “Ecosystem Water Trail” by attracting large numbers of paddlers - canoers, kayakers, paddleboarders - and creating up to 5 to 7 lengthy “Safe Zones” (I.e. No Wake Zones) for paddlecraft in order to mitigate the destabilizing effect powerboat wakes have on paddlecraft. The Plan is focused only on the Lower Fox (Algonquin Dam to McHenry Stratton Dam). It has been in the works since 2016.

For perspective, most of the 185 mile Long Fox River is shallow - perfect for paddle craft and small outboards. By contrast, the 18 mile stretch of the Lower Fox is unique because it was dredged by then Governor William Stratton in the late 1950’s to accommodate larger powerboats that would pass through the then newly completed Stratton Dam and Lock from the Fox Chain of Lakes. It’s the only part of the river that has been dredged for this purpose. In the past 60+ years it has spawned a whole Lower Fox community and culture dedicated to powerboating that includes thousands of Lower Fox Homeowners, a large number of Lower Fox restaurants and marinas, as well as a visiting armada of enthusiastic powerboaters on weekends and holidays that include virtually every stripe of powerboat - pontoon boats, center consoles, cruisers, fishing boats, ski boats, personal watercraft, deep V’s etc.

Currently there are only 2 short No Wake Zones on the Lower Fox - each adjacent to the Algonquin and McHenry Stratton Dams. The intervening 18 mile stretch is one of the longest uninterrupted sections of the entire Fox Waterway (including the Fox Chain) and is one of the primary reasons so many powerboaters are attracted to this portion of the river on weekends and holidays.

While the CMAP planners claim to have received input from all the major stakeholders along this stretch of the river - Counties, Villages, Forest Preserves, Environmental Groups - there appears to have been no significant input from the largest group of stakeholders - the home owners, businesses, and visiting powerboaters that would be directly impacted by the implementation of this plan. To most of these stakeholders, the plan was a complete surprise and it is no accident that they were virtually sidestepped in the process. The planners knew there would be a lot of resistance from this group.

The rapid and passionate response to the first version of this petition forced the CMAP planners to quickly revise their Corridor Plan to eliminate:

- color maps depicting the locations and lengths of these dedicated lanes

These revisions notwithstanding, the primary goal of the Corridor Plan has not changed; they are still seeking the certification of the Lower Fox River as an ”Ecosystem Water Trail.” This requires implementation of certain “best practices” as specified by the National Park Service, the governing body that awards the certification. These include such things as more access points for paddlers, separate and protected launch ramps, piers customized for paddle craft, but most importantly a waterway that at all times is “SAFE” for paddle craft and that’s where the rub is.

Most of us that live and boat on the river are powerboaters; yet many also have canoes, kayaks or paddleboards. And we all know there’s a “safe” time to use them and an extremely “unsafe “ time where it’s better to park them on the shore. There is ample “safe” time for paddlers any weekday or early mornings on weekends and holidays. But there’s a time when it is recklessly “unsafe” for these paddle craft and that’s trying to mingle with the significant increase in powerboaters that occurs every weekend or on holidays. We can think of nothing less safe than a canoer or kayaker trying to make way, even in a so called “Safe Zone”, amidst the roiling waves of that myriad of powerboats that show up every weekend to enjoy the Lower Fox River.

Thinking that you can co-mingle powerboats and large numbers of paddlecraft during these high traffic periods is a reckless recommendation and a recipe for disaster. It will put in harms way the very people CMAP is trying to recruit. There are several problems with CMAP’s recommendation:

1.Outside of No Wake Zones, the weekend/holiday powerboat traffic creates what is referred to as “washing machine” wakes that go in different directions and tend not to dissipate; while not bothersome to powerboats, they are very hazardous and destabilizing for paddlecraft.

2. Even in No Wake Zones you can’t mix the two:

4. The mass exodus of powerboaters (who incidentally outnumber paddlers statewide by more than 50 to 1) will decimate the revenues of all those restaurants and marinas along the Lower Fox that depend heavily on those powerboaters for their livelihood.

5. It will impinge upon the very reason thousands of homeowners moved to the Lower Fox with many feeling it will lower the value of their home.

Paddlecraft already have access to 167 miles (90%) of the Fox without having to worry about wakes from powerboaters. They even have access to the other 10%, the Lower Fox, on any weekday and early mornings on weekends/holidays before all the powerboaters show up. So “why fix what ain’t broken” by trying to co-mingle the two during these high traffic periods? We think it’s a serious mistake with far reaching negative consequences.

We believe that the authors of this Corridor Plan work for us, not the other way around. We pay the real estate and business taxes. We pay the Fox Waterway fees. We are late to the game and we need your help. If you support the notion that we cannot be ignored and should have a MAJOR voice in the future of the Lower Fox that we all love, we’d like to ask you to sign our petition, pass it along to your friends, neighbors or anyone you know that wants to keep enjoying the Lower Fox River the way we know it. Because of the overwhelming positive response to the first version of this petition, we have now formed a Not-For-Profit organization - the Lower Fox River Alliance - that has full legal standing and will represent our collective interests at the bargaining table. The more supporters we have, the more leverage it will give us. Together our voice WILL BE HEARD!