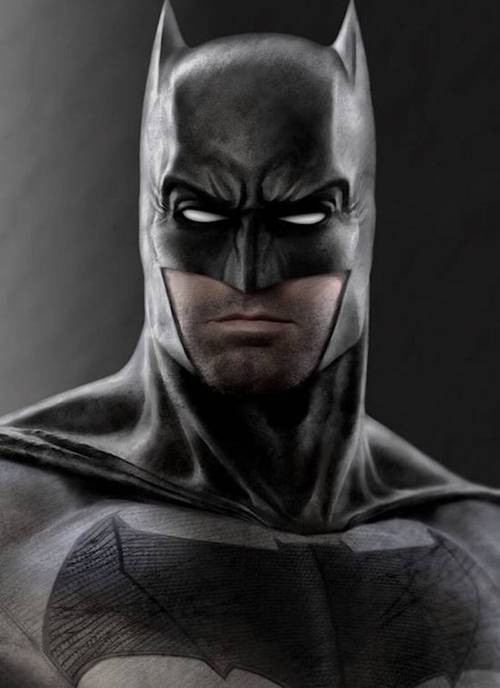 BATMAN's *persona is a cold and calculating creature of the night. He wants to scare and intimidate criminals, not give away what he is thinking or how he's feeling. Save that for Bruce Wayne. We don't need it. BATMAN doesn't require us to see a range of emotions. Bruce Wayne does.

We're not idiots. Treat us with respect, not disdain. We really don't care WHY he has WHITE EYES. Call it "Knight Vision" (he does fight at night after all). Have them computerized inside. Make them protective. WE...DON'T...CARE. Just please—for the love of Alfred—give our cinematic BATMAN the WHITE EYES he deserves!

Do you WANT movie goers to shell out millions more? Give them what they want. It's simple Supply and Demand. You give BAT-fans what they want and they'll give you want you want.

Do you really want to racket things up a notch and make this cinematic BATMAN even more popular (and profitable) and DWARF the popularity of Keaton or Bale's? Then give your fans what they have been dye-ing for!

Now, we know it's too late to give him WHITE EYES for the Batman v Superman theatrical release, but hey—instead of giving us an R-rated DVD version of Batman v Superman we could give two batarangs about—give us an "Ultimate" version of the DVD where BATMAN has WHITE EYES. And then...after you've made millions more...you'll hopefully learn why people spend their hard-earned money ANYTHING where the Dark Knight has WHITE EYES.

Please...let the WHITE shine for our Dark Knight!