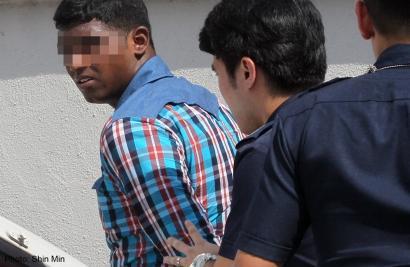 Girl checks into hotel with two men, then claims rape,INNOCENT ACCUSED ON A FALSE ACCUSATION.

Fighting For justice 0 Comments
117 people have signed. Add your voice!
12%

News writter: An 18-year-old girl claimed she was raped after checking into a Geylang hotel with two men on Thursday morning.

They had booked a room at a Lorong 22 budget hotel at around 9am. She came out of the room two hours later, and told hotel employees she had been raped.

Police were called, and one of the men, dressed in a blue, red and white checked shirt, was arrested.

The other man had already left by the time police arrived.

Both the men were 20 years old.

When The New Paper visited the hotel yesterday, its manager, who declined to be named, recounted how the events unfolded that morning.

He said the trio, who had arrived together, paid $50 for five hours in a room with a queen-sized bed.

The girl was around 1.65m tall, wore a black tube dress and had long hair.

"None of them appeared to be drunk, and in fact, they were all very happy and friendly with each other," said the manager.

He added that it was standard practice to refuse guests if anyone were drunk or unconscious.

The manager said: "My staff members overheard them talking about how one of the men's father was still at home. They had wanted to put up at the hotel until he left for work."

They checked into a room on the second storey of the hotel.

At that time, only two other rooms were occupied.

Around 11am, the girl reappeared at the counter to call for help.

The manager said: "She was flustered and she had tears in her eyes at first, telling the staff 'I was raped'."

Shortly after, the two men came down to the lobby. One of them tried to take back his identity card.

The manager said it was hotel policy for guests to leave their IC with the hotel when they checked in.

The man left when staff members refused to let them check out. He left his identity card behind, which hotel staff handed over to the police.

The other man began speaking to the girl outside the hotel.

"They did not seem to be quarrelling," the manager said.

Some 10 policemen arrived at 11.15am and arrested the man.

They also took away bags of evidence from the hotel room, such as bedsheets, reported Chinese newspaper Shin Min Daily News.

The girl was reportedly sleeping when the man in the checked shirt started touching her and then proceeded to lie on top of her.

Hotel staff had checked the room when the girl first approached the counter for help, the manager told TNP.

"When we went into the room, the bed was very neat. It didn't look like someone slept there," the manager said.

A police spokesman confirmed that they received a report of sexual assault, and they are investing.


Public's thoughts:As said by the writter based on the story that the girl was raped,in the first place why does she have to go to an hotel with two men which is an budget hotel and which is located at geylang in the morning,definietly not to play uno game or have breakfast,infact some public came to know the truth that the two men came to know her the very first time only on that day...and in their first get to know she was willing to go to the hotel with the two men...and in the news article it's stated that when the hotel manager checked the room,THE BED WAS NEAT AND IT DIDNT LOOK LIKE SOMEONE SLEPT THERE...but the statement given by the girl was that the men proceeded to lie on top of her...and even the manager stated that they all were friendly and happy with each another BUT IN THE END SHE CLAIM SHE WAS RAPED AFTER 2HOURS IN THE HOTEL ROOM.
When some public really look into this case some came to found out that the girl is a clubaholic and she wears sleazy dress and pull men to dance with her and seduce them,even after this incident where she reported that she was raped,she was noticed being going to club and going to sheesha at arab street with some men and she uploads the pictures taken into facebook.

Through this petition we want the rest of the public to know who is at fault and who is not and the poor men has been accussed for an wrong information given by the girl,The men is innocent and we plead to give the men an reasonable answer and judgement for the sufferings he and his family are going through now and the gal to be punished by the law terms.

YOUR VOICE COUNTS FOR THE POOR MEN!