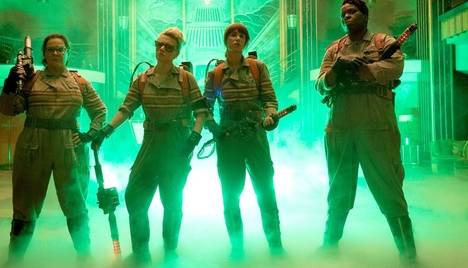 694 people have signed this petition. Add your name now!

The all-female Ghostbusters reboot was a great, fun film, that received mainly favourable reviews. Sadly these did not translate to box office success: It currently looks like the film made Sony a 25 - 50 mio loss, drastically reducing the chances of a sequel being made.

A lot of this has to do with the marketing for the film which was kind of all over the place, but also with the active campaigning against this film by angry middle-aged guys who couldn't handle "having their childhood ruined", whatever that is supposed to mean.

But there are also positive signs showing that a sequel might do much better:

-They toys accompanying the film are practically flying off the shelves

-The film is pretty high up in amazons pre-order charts

-searching facebook, tumblr or even redbubble will reveal that the film has a very active fandom, with a lot of fans showing their love for these new characters, especially Jillian Holtzmann

But Sony will need some persuading to actually greenlight a sequel for this. So here's what you can do:

-Talk positively about the film on social media

We can do this!