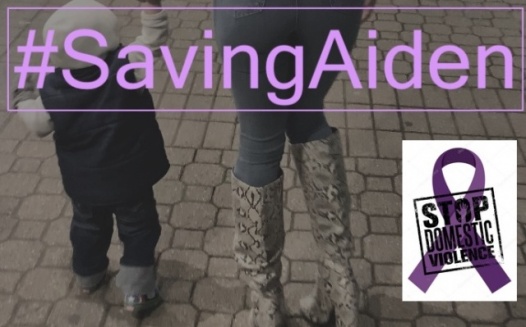 Get us JUSTICE, get us home, get us protection

686 people have signed this petition. Add your name now!

I filed two Divorces. One when I was 8 months pregnant (November 2018) after he shoved me into a wall and then accused me of beating him when I left. He manipulated his abuse and blamed it on me.. The next time was when he was at the peak of his alcohol abuse in August 2019. Now it’s just him, the alcohol isn't as prominent but still consumed. He's Abusive, neglectful as a father, Aggressive, violent, degrading and manipulative. He made people feel sorry for him last time. He made them believe I was lying and think it was all fake or made up and plead a case of never talking or acting in such a way. He asked people to write letters about what a great guy and dad he was. He asked them to bad mouth me as a mother and wife. He throws in my face how the courts believed him and would give him full custody of my child because he said I was a kidnapper. He knows I’m stuck and he takes advantage of the fact I will never leave my son with him. He always brags about how people will always side with him because he was a military captain and an engineer with two degrees from Michigan. He tells me I have nothing to show for myself because when I left to follow him when he was in the military, I gave up my career that I built for myself in Texas. He manipulates me into actually believing I have no fight. He has not paid for anything for my child and I since I came back. I still have an $1800 bill every month for rent at an apartment (an no longer live there), I pay from groceries , childcare, and my sons things because he said he wouldn't. Mind you, he didn't let me get a job in what I wanted and I could only apply to places he approved.. I started working from home to pay childcare so I could get a job. I now work 40+ hours a week so I can just get out and not be restrained by his financial control.

I didn’t get to speak in court last time. I didn’t get PPOs approved for a lack of evidence even though I followed the guidelines outlines on Michigans website. My lawyers were floored that it didn't get approved. They didn’t allow videos to be shown or watched.

He gets away with everything. He always talks about me coming from felons and immigrants because I’m from a border city, El Paso.

The state needs to see what kind of man they were allowing my child to be with. The state has indirectly kept me stuck because I fear for my child. They turned a blind eye to it.

There are laws that prevent me from going home to my family in Texas. There is laws that will allow him to say I kidnapped my son if I leave. This is something he threats every time I try to get away. I have paid for hotels time and time again just so my son didn't have to be in that.

MICHIGAN NEEDS TO PROTECT DOMESTIC VIOLENCE VICTIMS. MOTHERS AND CHILDREN!They didn’t listen. I am not even from this state and have no family up here. I followed a military service member and should be allowed to go home. They believed another white military male. Well now they can see… Here it is.. Make this a public uproar. Get this to the Media! Let the media pressure this state to protect us. SEND THIS EVERYWHERE. THERE ARE SEVERAL VIDEOS I’VE UPLOADED on YouTube.. HELP ME HELP MY SON.

The Next step is for the Prosecutors office to choose whether they pursue this or not. If they do I can petition for a Protective Order to keep up safe before I again try to file to get away form this man and get home. The last two did not get approved last year.

I should not have to fight this hard to protect myself and my child. Help us