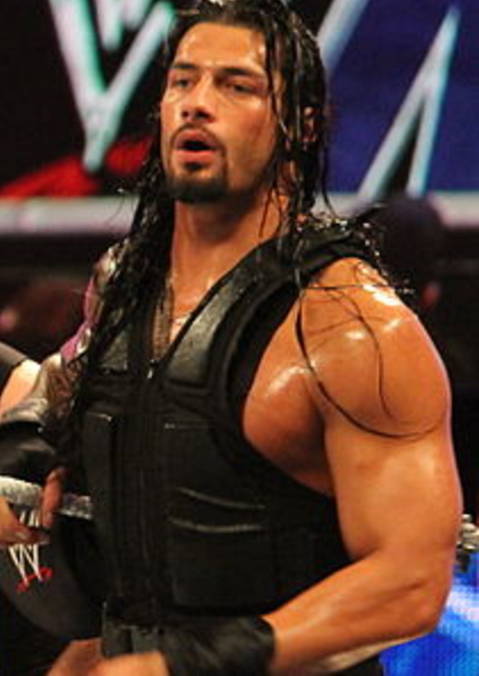 Get Roman Reigns out of Main Event scene of WWE

Roman Reigns entered FCW, the past version of NXT, on September 9, 2010, under the ring name Roman Leakee, and was a former FCW tag team champion, and former number one contender for the FCW heavyweight championship by defeating future partners Dean Ambrose and Seth Rollins. In 2012, when it branded as NXT, he went under the name we know today. During his time in NXT, he defeated CJ Parker, Chase Donovan, and other names in this time, and wrestled his last NXT match on December 5th of that year, defeating Gavin Reeds.

Roman made his debut at the Survivor Series of 2012, alongside Dean Ambrose and Seth Rollins, who soon formed one of the most destructive tag teams of all WWE, The Shield. Although not working for then WWE champion CM Punk, they attacked his adversaries, like Ryback and then-WWE Tag Team Champions Team Hell No, which soon pitted the Shield in a 6 Man Tag Team TLC match at TLC against Ryback and Team Hell No. On the January 28th episode of RAW, it was revealed that Paul Heyman, CM Punk's Manager, had payed them and Brad Maddox to work for them. They eventually went to win some big matches in WWE, until losing to Cena, Kane and Bryan via Disqualification in an Elimination Tag Team Match.

In 2014, The Shield split after Seth Rollins attacked Dean Ambrose and Roman Reigns on an episode of RAW, joining The Authority on the same night. This lead to a rivalry between Reigns and Rollins, which Ambrose also got involved in half the time. Even though hell was breaking loose on Roman Reigns, he won the Royal Rumble in 2015, but lost to Seth Rollins by cash in at Wrestlemania 31. When Seth vacated his title due to injury, Roman won the tournament to see the new WWE champion, only then losing to Sheamus by cash in.

Roman once again won the title, and on the Royal Rumble of 2016, he defended it in the Annual Main Event. That same night, AJ Styles, a future number one contender for the WWE title, debuted. Roman lost to Triple H in the Royal Rumble, but claimed the title back 3 months later in the main event of Wrestlemania 32. The night after, AJ Styles won the opportunity to be number one contender for the title. After a promo on RAW, Reigns was attacked by Luke Gallows and Karl Anderson, AJ's former stable members in Japan, in the stable known as Bullet Club, or The Club in WWE.

In the main event of Payback, Roman beat AJ Styles to retain the championship, when Shane and Stephanie McMahon made it a No-Disqualification, No Count Out match, even though being attacked by Gallows and Anderson. 3 Weeks later, Reigns retained the title in the main event at Extreme Rules, defending it against AJ Styles again. Reigns was attacked by Gallows and Anderson during the match, and a returning Seth Rollins after the match. Reigns is slated to face Seth Rollins at Money in the Bank this Sunday.

Roman Reigns may defend the title, again, because of the booking WWE does. However, we can make sure that Seth Rollins wins back his title in the main event by signing this petition. Roman has jobbed AJ Styles, one of the biggest names in wrestling history today, and continues to job other superstars. Sign the petition and have Seth Rollins win his title back.

Why should you sign the petition? Well, Roman's mic skills are worse than how they book Blake and Murphy, and thats just plain bad. His wrestling is as bad as getting fucked by 3 naked 80 year old men all at once. And just because he's related to The Anoa'i family, doesn't mean they should push him like that. Let this Samoan attention whore go back to football.

Sign the petition, and we can change the wrestling game forever.