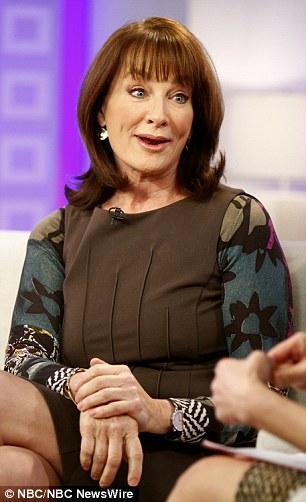 Get Nancy Snyderman fired from NBC

Dr.Nancy Snyderman has been accused of violating the Ebola quarantine to visit her favorite soup restaurant, and this has forced the entire crew into manned isolation.

"The NBC News crew exposed to Ebola were forced into mandatory quarantine after chief medical correspondent Nancy Snyderman violated their voluntary isolation to visit her favorite soup restaurant." Ms. Snyderman is a medical doctor. I guess nobody can be trusted to follow the protocols. She's a medical doctor.

The NBC cameraman came down with Ebola. They put a voluntary quarantine. She said the quarantines are for the little people and I want some soup. She went to her favorite soup place. That's resulted in the whole unit being quarantined.

"The 62-year-old," that's Snyderman, "was one of seven people ordered to cut off all human contact for 21 days on Friday as doctors treat the station's cameraman Ashoka Mukpo for the deadly disease." He's being treated in Nebraska. "It emerged this weekend that the crew would have been allowed more freedom if it weren't for Snyderman's alleged trip to Peasant Grill in Hopewell Boro, New Jersey, on Thursday."

"Snyderman is said to be a regular at the restaurant and has often used their catering service. ... The team had initially been encouraged to isolate themselves following Mukpo's diagnosis." The team made a big deal how they were going to quarantine and monitor themselves in solidarity. "The group was reporting on the Ebola outbreak for NBC News in Liberia when Mukpo was diagnosed with the deadly virus just a day after he was hired to work on the team."

That's a little suspicious in its own right. A day after he gets hired he comes down with it. Anyway, Snyderman just had to have a bowl of soup, and that's absolute solitary confinement for the entire NBC crew.

Dr. Nancy Snyderman should be fired from NBC of her actions reflects onto the network, advertisers, youth, US media and Americans over all.