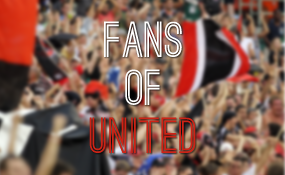 Fans of United has seen amazing support and growth during our few months in existence. Much of the credit deservedly belongs to our main attraction, host and former D.C. United player - Devon McTavish.

Now the only thing missing is the ability for fans to interact directly with Devon and what better way to do that than to GET DEVON ON TWITTER?!

Help us get 500 signatures to prove to Devon that he belongs on Twitter with the rest of the hipsters, media savvy fans, etc.

While your at it feel free to suggest a Twitter name for Devon to help get him started.

Sponsored by fans of Fans of United. (does that make sense?)