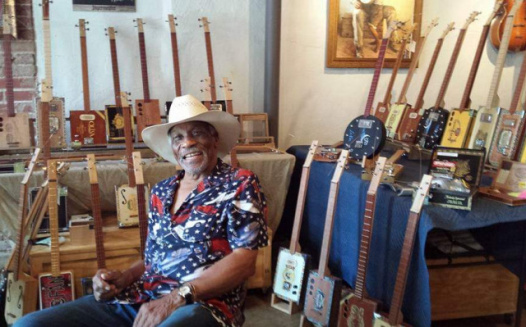 Get Blues Legend to Crossroads Festival

Mac Arnold is one of the last of the Blues musicians that came up in the ‘40’s through the ‘60’s. He’s been apart of John Lee Hooker and Muddy Waters’ touring bands. He was even a house band member on Soul Train playing bass. He and his brother invented the gas can guitar. He’s a treasure hidden in the upstate of South Carolina, and one thing he’d love to do is be apart of Eric Clapton’s Crossroads Festival, which is happening in September in Dallas. Mac would love to go, but doesn’t have the means to do so. Being able to perform amongst the lineup would be a dream come true for him. If enough people realizes who he was and is to Blues music, it is my personal goal to get Mac on stage at Crossroads. I owe this man so much for mentoring me. It would mean the world to him that he would be able to play on such a big stage.