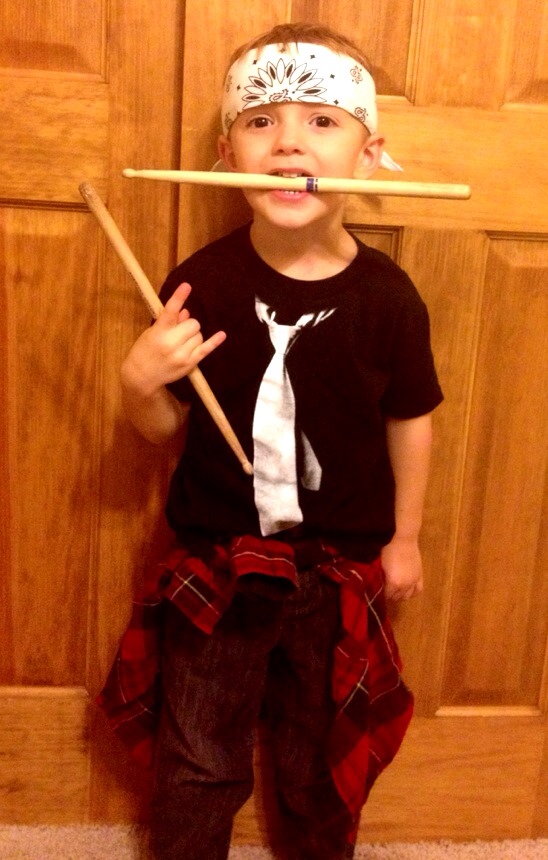 Zackary is a 4 year old boy who is a major 5SOS fan! Ashton inspires him to drum and to be himself. Ashton inspires Zack so much that Zack wants to be Ash when he grows up.

Zack has Sensory Processing Disorder which as you can imagine has it's challenges for Zack and his family. It can be really hard for everyone at times but 5SOS and more so, Ashton changes everything for him. They make him happier and calmer. He also hasn't had a night terror since his mommy started playing 5SOS music as he falls asleep at night. This is just one example of how 5SOS has completely changed this little boy's life for the better.
He'll also try to copy the beat of Ashton drumming in a 5SOS song or an Ash Vocal Demo and copy the beat on his own drum kit.
Zack enjoys dressing like Ashton head to toe. He calls himself Mini Ash even. He loves 5SOS and Ashton so much. After the iTunes fest, he told his mommy he was "Proud of Ashton." Ashton has such an influence on this little boy. All he asks is for a follow from his idol, it'd make him the happiest little boy ever.
So please, Ash...follow him?