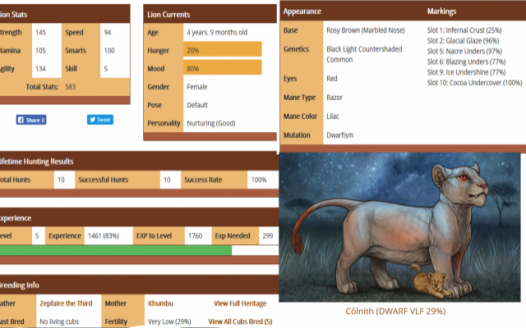 Acacitlu from lioden was recently banned when issues with paypal drove them to ask for a refund. They eventually, in their panic, sent a message to paypal, in which, they asked Lioden for information about their payments. A day later, despite having put $800+ into the game, Acacitlu was banned for "PayPal Chargebacks"

They asked for their lions to possibly be moved to another account in order to compensate for the money they spent, as they had leopons on the account, and were told that the lions couldn't be transferred. However, their friend looked at their account and their lions are still aging, meaning someone is logging into their account. Please help Acacitlu get unbanned soon.

EDIT: Guys. Acacitlu didn't steal credit card info, nor are they trying to cover their ass. They are just trying to fix something that shouldn't have happened. They tried to get their refund first through Lioden and were refused, which is when they were forced to go to PayPal. Their grandmother's info was also on their PayPal because her grandmother had bought clothes on a PayPal only site.

EDIT 2: Look. Acacitlu still had the GB at the time when they asked for a refund. They were willing to give the GB back. Then they were refused.

EDIT 3: Acacitlu is aware of the ToS. They reread them once they were banned. They Also got it copy pasted in their emails. c: