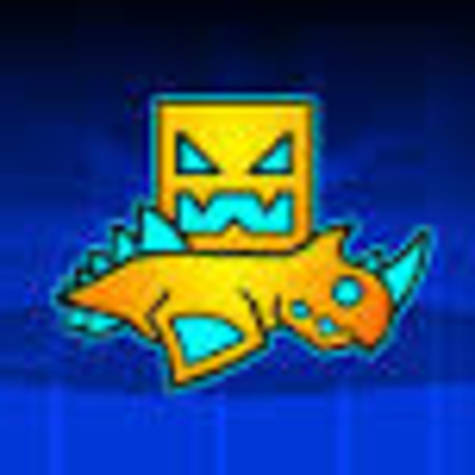 Here, I will paste my post critiquing RyanAB's new system here. We would even compromise with Ryan at this point- his system is suboptimal and input from us is needed, in our opinion.

By signing this petition, you are supporting the Geometry Dash Forum Level Judges in their quest to either compromise or prevent the new system from happening. It is unfair that we had no voice in the making of this, and there are many flaws with the system, but somehow we still do not get a voice. We would all appreciate your support in helping this happen.

Disclaimer: Other users encouraged me to make this thread. This thread has no intentions to insult anyone in any way. It is important that you read this and think about this. Thank you.

Hey guys, VPP here with an important thread regarding Level Judges. I would like to start by emphasizing what is in the disclaimer: this thread is not trying to insult anyone. Other users encouraged me to make this thread. I am making this thread in order to bring awareness to an issue that you may not know about, but is important to you because it concerns the judging of your levels. I encourage you to take the time to read this.

Unless you hadn't had a level judged, you would have noticed that each of the different judges have their own system for reviewing a level. Take my system, for instance, which involves adding or subtracting the positive and negatives of a level beginning at a starting score of five, or kiriE's, which involves analyzing each part of the level and giving the positives and negatives for each part. In a perfect world, the judge that reviews your level will not influence which category your level is placed into, and in this world, it only influences it slightly- which would not change if all judges used the same rating system.

Each of the level judges' systems come from their experience judging levels. Experience lets a judge's rating system improve, ability to be specific improve, and judging skills in general improve. As a result, the judges know a lot about judging levels. It is also important to remember that the ultimate goal of the level judges is to critique the levels of others, but also to spread the word about feature-worthy levels from unknown creators. This has gotten better in the past few weeks with the addition of mods who are able to send levels. We are very grateful for them.

While some change is good, many aspects of the level judges are working very smoothly the way they are now. The thread-like face-to-face Judging Panel thread allows reviews to be direct and spread the word about levels more easily. Every judge having their own reviewing system does not seem to be causing any issues. In fact, almost all of the level judges enjoy the freedom that we get on this system and believe it is very effective.

Unfortunately, there is a certain person who is making changes that even staff members disagree how the issue was handled. I would like to say that this is not a thread INSULTING this person, just pointing out the flaws in this person's proposed system. Now; this person is RyanAB.

The details of Ryan's plan are as follows. He intends to replace the current thread system, which helps spread the word about levels and is very clear for creators, to a new google form system, which is, as the judges understand it "blind reviewing and the inability to spread the word about levels in exchange for cleaning up the forum." Also, as some judges pointed out, people could make not-specific or simply lazy reviews and no one would be able to find out. Others believed that the purpose of the google form is for a judge to post a thread in the level judging section after they receive the level through the google form. However, this is just inefficient. He also is adding an "apply for level judge" form, which is unnecessary. We already promote to level judge based on merit.

The biggest of Ryan's changes is he intends to force a reviewing system on all of us. While, I digress, there are some benefits to a standardized level review system, there are a few big flaws to this part of his plan. The biggest of these flaws is that level judges had no say in what was going into this system. This goes back to the issue of experience. If a standardized level judging system was being implemented on the level judges, they should at least have some say in what is going in it. However, RyanAB has no experience being a level judge with the current system, and little to none at all. None of the people who helped Ryan make this system are level judges. Also, the system is fine the way it is; the judges can choose whether or not they say, value creativity and originality, or whether to put design and decoration into two categories.

Now, because almost all of the judges oppose this system, one might suspect that Ryan would make some changes to his proposed system or stop attempting to manage the decisions that could be made by the level judges, lead by megaman, themselves. However, he did not even ask megaman, the head level judge, for advice. He is unwilling to change any part of this system. I would like to cite this message that I wrote to him last night, after the level judges had been discussing the issue for a few days.

I do not believe you have the right to take control of our operations as judges because you have never been one yourself. A standardized rating system is NOT necessary at ALL, and the thread-like way that we present judging now is better than the google forms way- it helps spread word about the levels. Isn't that the point, in the end?

It all boils down to you have no experience being a level judge, so you may not know what is best for us. That's all.

I would like a reply to this that actually THINKS about what I am saying rather than just dismissing my ideas as "because I'm an owner, my ideas are better."

I REALLY DON'T WANT THIS TO COME ACROSS AS HARSH. I'M SORRY FOR THAT. BUT THIS IS THE TRUTH.

Let us handle our own jobs, and you do yours. Please, please do not do what you are planning.

His response? (In bold, to each section of my message).

I do not believe you have the right to take control of our operations as judges because you have never been one yourself. A standardized rating system is NOT necessary at ALL, and the thread-like way that we present judging now is better than the google forms way- it helps spread word about the levels. Isn't that the point, in the end? I'm sorry, it's just the way it is. It might not be necessary, but it's the overall BEST way to stay consistent

It all boils down to you have no experience being a level judge, so you may not know what is best for us. That's all. Look, I'm not going to make excuses like "I was the FIRST JUDGE" and stuff anymore. It all comes down to position. Sigma and I believe this is best, so it's what we are going to do.

I would like a reply to this that actually THINKS about what I am saying rather than just dismissing my ideas as "because I'm an owner, my ideas are better." It's not that, and IDK why you think so.

I REALLY DON'T WANT THIS TO COME ACROSS AS HARSH. I'M SORRY FOR THAT. BUT THIS IS THE TRUTH. Not really, again, it's not in your power to manage this.

Let us handle our own jobs, and you do yours. Please, please do not do what you are planning. It's not your job, it's the owner's job to manage all this, not to mention we can just remove the level judging thing altogether. It's caused more problems than solutions.

As you can see here, Ryan does not value our opinion in any way. I think that he believes that his system is the most efficient and effective, but he believes that he does not need any input from us, the level judges, as to what is write for something we will be doing.

Again, I am not trying to insult or demonize RyanAB here. This is a civilized rant critiquing his systems and policies.

I hope that you see the wrong in this system. Please, state your opinion on this matter. It is important to me and most of the other judges that we get a say in what the new system is. I believe that the current system is good, but I would like to hear your opinions. Recognize all of the different aspects of this matter when you post your opinion please. Thank you.