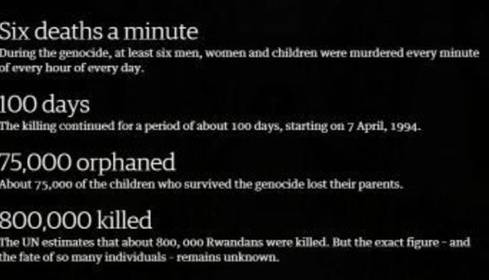 Not legal representatives, writers, publicists, media figures who use their power to deny the 1994 Genocide against Tutsi in 1994 or relate other facts to whitewash the 1994 Genocide should be brought to court.

In name of Universal Jurisdiction, prosecutors in Belgium and the Netherlands should investigate about Anneke Verbraeken (already condemned by the Dutch Council for Journalism, for acting negligently in publishing an article about a genocide perpetrator in Vrij Nederland. Professor Em. of Law and Politics at the Universiteit Antwerpen, Filip Reyntjes, who collaborated with the Habyarimana divisionist government on a constitution text in Rwanda and continuously claims that he is a Rwandan specialist and disputes e.g. the numbers of genocide death, Peter Verlinden, journalist and chief foreign coverage at één, the official Flemish tv channel, pretending he is also a Rwandan specialist and known for his biased reporting on Rwanda.

This is not a petition against the legal defenders as we cannot deny genocide perpetrators proper representation.