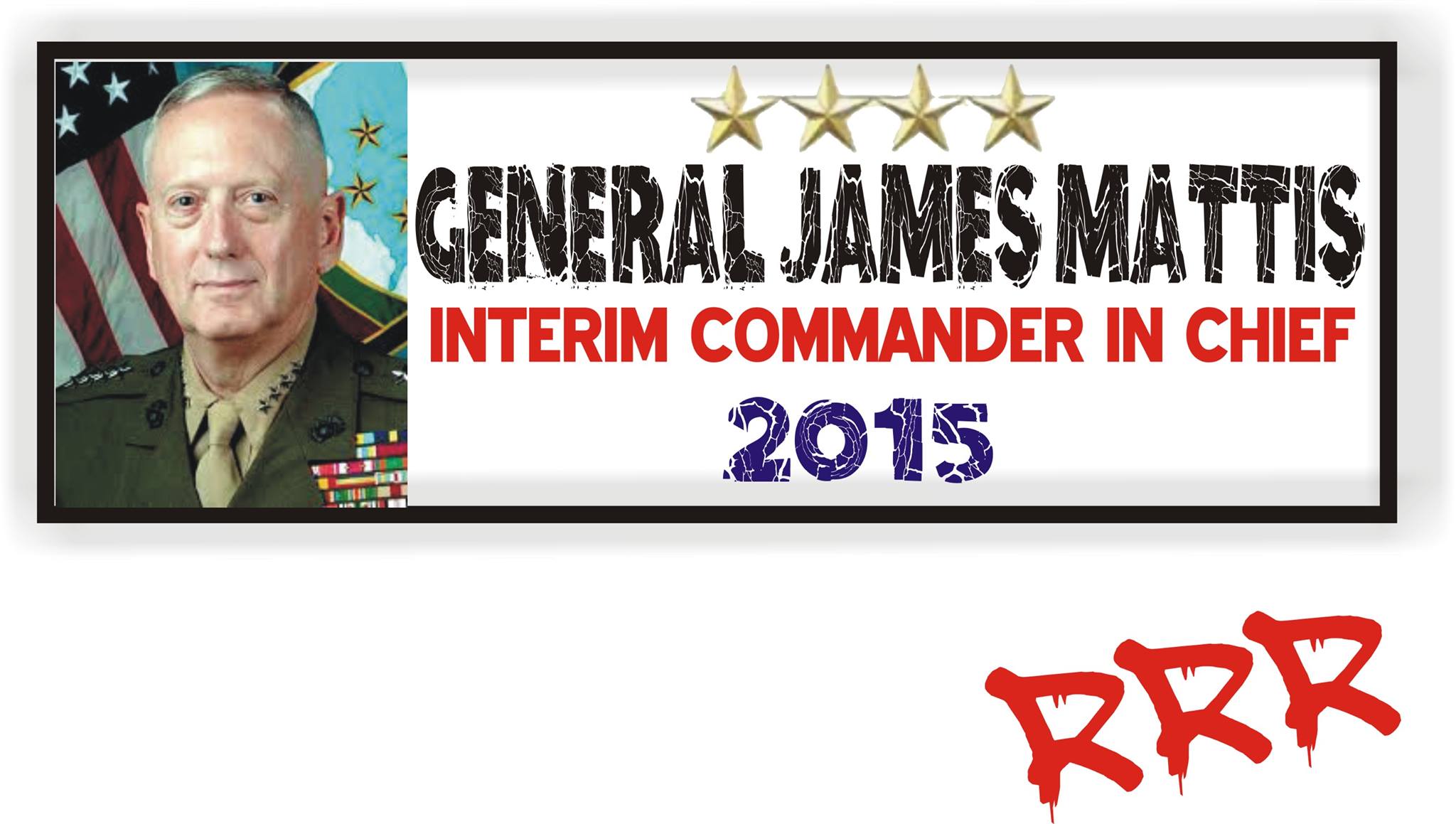 259 people have signed this petition. Add your name now!

Here is an opportunity to express your discontent with the State of America.

We hope to send this to the General when we reach about 100,000 signatures.

WHY AS A COMMANDER IN CHIEF AND NOT PRESIDENT YOU MIGHT ASK??

Because until we clean the political cesspool we do not need another Politician. We need a Commander who can make decisions without bowing to the progressive bureaucracies that are embedded with anti America Leftist, Pan African Anarchists, and Progressives.

We must restore the Constitution and it cannot be done without an interim time where a PATRIOTIC AMERICAN WITH THE STRONG BACKING OF THE MILITARY CAN HOLD AMERICA TOGETHER AND SET THE SHIP RIGHT..


So Many Sincere and earnest Patriots talk about all kinds of ways... short of "Revolution" to Restore our Republic.

All of these are "Intellectual Pipe Dreams" ... the Cabal is so firmly entrenched that the process will be sabotaged and will NEVER EVER COME TO FRUITION...

THE ONLY WE WAY TAKE BACK THE COUNTRY THIS LATE IN THE GAME IS REVOLUTION... IN SOME FORM OR ANOTHER!

No election of a Conservative Senate, Congress or President or Governors or Legislatures ...... is going to resolve the decayed underpinnings of the Constitutional Republic our country once was.

It needs a whole lot more work before a "President" can do any meaningful work.

FACT:
The Bureaucracy and the Federal Judiciary is loaded with leftist Progressives and Socialists and unless and until we remove all of them through a Radical Bloodless/bloody Revolt.. all we will do is spend the next 30 years fighting against people with legal authority to enforce the mandate created by these crooks and ideologues over the past 90 years ...who have diametrically opposite views of what America should be than we do..

FACT:
WE CANNOT CO-EXIST WITH IDEOLOGIES THAT ARE POLAR OPPOSITES TO OURS. NOTICE AS SOON AS THEY LOSE THEY TALK ABOUT US WORKING WITH THEM. WHEN THEY HAVE THE POWER THEY DO WHAT THE HELL THEY WANT.

Electing a Conservative Senate, Congress or President or Governors or Legislatures whose hands are tied by Federal Judges and by Bureaucracies like the EPA, THE IRS, THE HHS etc that are also loaded with enemies of the Constitutional Republic is a WASTE OF TIME...and energy UNTIL we have completed the catharsis first.

That's a fact !! ONLY A REVOLUTION CLEANS THE SYSTEM. AN APOLITICAL GENERAL WHO TILL NOW HAS SHOWN NO LONG TERM POLITICAL ASPIRATIONS AND HAS SHOWN LOVE OF COUNTRY IS WHAT WE NEED.

HELP US SHARE THE HELL OUT OF THIS POST
SO... MILLIONS SEE THAT THERE IS AN ALTERNATIVE!!

Remember.. When the SHTF we have to have someone who is well known who can stand in.

Mattis has the respect and connections because of his 4 stars. He will lay low until we reach critical mass. We just need to get enough people to start making the call. It snowballs then. We also want an Interim Leader like a George Washington who has no political aspirations, but has political connections. Mattis is squeaky Clean.

The same thing happened in Egypt. There were a lot of Junior Officers who could have striirred the pot. General Sisi was waiting in the wings laying low as Morsi's own General till the right time.

This is why we need someone like Mattis. He is revered by the Corps.

FOR MORE DETAILS JOIN US ON FACEBOOK AT
https://www.facebook.com/Mattis4CIC?ref=hl