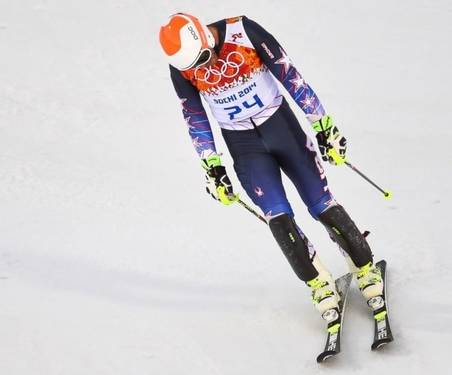 Dear Richard and all those who signed and commented on his petition,

Thank you for bringing this petition to my attention and for highlighting the dissatisfaction felt by many. As I have said previously BSS takes Children’s development very seriously and values the input and feedback from all of its stakeholders.

BSS and its Committees believe that when a racer reaches the U16 age group we should be preparing them to make the jump to FIS races and to compete with their peers in FIS Children’s competitions. Our young athletes need to experience and learn that a race comprises of two runs and to develop the tactical awareness and mental strength required to make it to the finish.

The rule for U16s reverted to ‘FIS rules’, when it became clear that our athletes were technically able to compete at Children’s FIS race events and even lead after the first run but were unable to consolidate in the second and unable to cope with the pressure, often resulting in a DNF. The young athletes themselves realised that they were just not used to being in that situation and could not cope. The Alpine Committee at the time agreed and took steps to make the necessary changes. The TD Forum then supported and ratified the decision and the rule changes made then are still in place today.

Since this petition was placed online it has been discussed several times at Alpine Committee level, it has been discussed further by the TD Forum and has even made it into discussions at BSS board level. The Alpine Committee and TD Forum, which consists of coaches, performance experts and indeed parents of athletes all believe unanimously that in order to better prepare our Children for FIS level racing they must be exposed to 2 run races. This level and type of competition requires a totally different mental approach, and it has to be experienced, the earlier the better.

Better preparing our athletes for FIS competitions is not a challenge faced solely by GBR and the FIS Experts Working Group wants to see the last year U16s step up in terms of technique, mental and physical training, and equipment. At least the U16s (especially in their second year), who we have been urged by FIS to ‘better prepare for FIS racing’, now have some two-run race experience. It still comes as a shock to our U14s that a slalom race is made up of two runs in Children’s FIS races, where normal FIS rules apply.

In order to give all of our U16 competitors as much race experience as possible the TD Forum has included a recommendation that gives U16 competitors who are DNF or DSQ the option of running at the end of the group for a second run in BASS events. Our race organisers are being asked to facilitate this rule whenever conditions and safety allows.

This relaxation of the rules along with what the Alpine Committee believes to be a very full Children’s calendar, gives our young athletes many and varied opportunities to race throughout the winter season.

To the Chairman of TeamBSS
Since 2014, Great Britain has applied the adult rule "DNF in the first run = no start in the second" to U16 children's GS and SL races.
Since it's introduction, no evidence has been provided to demonstrate that this rule change has had an unequivocally positive effect on the performance of first year FIS athletes.
We strongly believe that the application of this rule is simply depriving U16 athletes of valuable race experience.
As the primary stakeholders (athletes, parents, guardians), we, the undersigned, call on the Chairman of TeamBSS to support our request that this rule be changed by the start of the 2018 season, or even better, for the Delancey British Children's Championships Tignes 3rd-7th April.