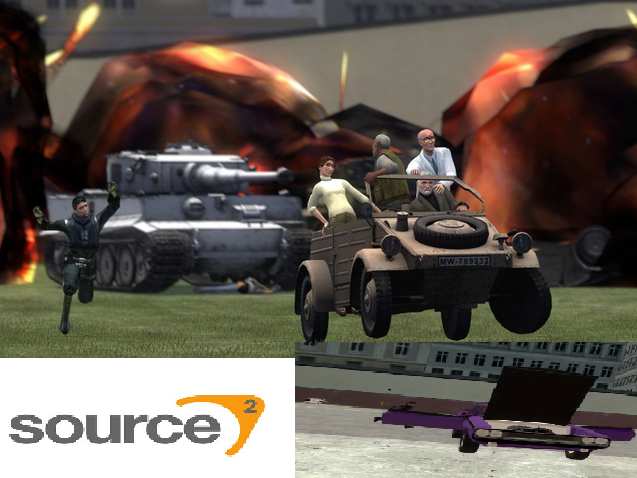 With the recent release of source 2. many famous valve games are being remastered for the source 2 experience. Sadly, Garry's Mod is said to not be upgraded to the fantastic, optimized and 64 bit source 2 due to be running on a heavily modified source engine.

That sucks doesn't it? no smooth gameplay? No Nice Fps? No clean graphics? Not to mention the ability to have bigger maps, and more content to be made.

With the many people that play garry's mod daily, and build. along with playing popular game modes such as Trouble in terrorist town, you'd think that you should make it where people can do even more with a game that's 11 Years old by upgrading it to a new, modern, and improved game engine that's also 64bit unlike the old source engine that's 32bit and doesn't use all your computers cores.

Like i said, this really stinks. Garry doesn't plan on working on Gmod to get it up and running with source 2 so we can get bigger maps, better gameplay, and more content and expansions. HOWEVER! We can sign a petition, maybe if enough people sign and agree, just maybe. someone, or garry. can work on garrys mod to get it working with source 2.

In the meantime, we're stuck with a square kilometer of building space at most. and unoptimized gameplay. Garry's mod has so much potential, yet most people don't see the beauty and power this game has sadly.

So Please. Sign This Petition, And Lets Get This Game To Source 2!