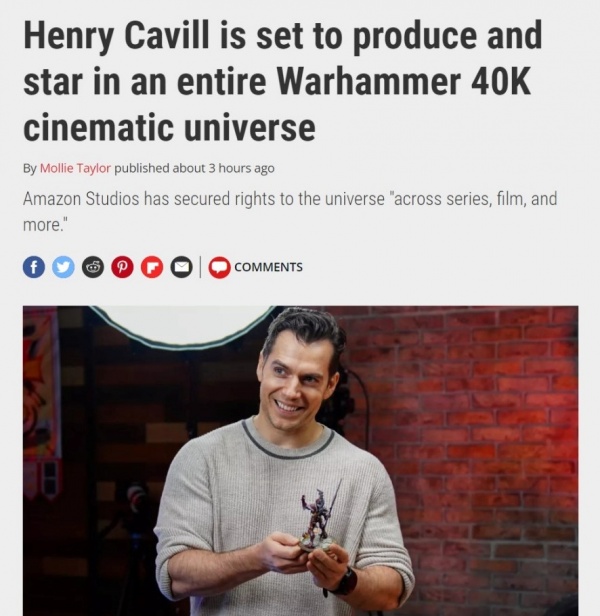 Gamers have united to remove known racist Natalie Viscuso & CEO of Vertigo Entertaiment Roy Lee from the future AMAZON STUDIO/WARHAMMER OFFICIAL project. Viscuso has been known since last year for a culturally offensive photo of her black fishing a African tribe for a bottled water company. CEO of Vertigo Entertainment is known for pedophile behavior, these 2 people are not a wise chose to run a project with Cavill's name. we are asking for AMAZON STUDIO & WARHAMMER OFFICAL to remove both Vertigo Entertainment and Natalie Viscuso from the project. With Cavills name alone the project will succeed with any other entertainment company that is not ran by a pedophile and a racist worker. This is not a good promotion for AMAZON STUDIO/WARHAMMER OFFICIAL and JEFF BEZO. As a gamer of over 20 years I can assure you many in the gaming community are not going to want to be associated with a product that has a pedophile and racist attached to it.