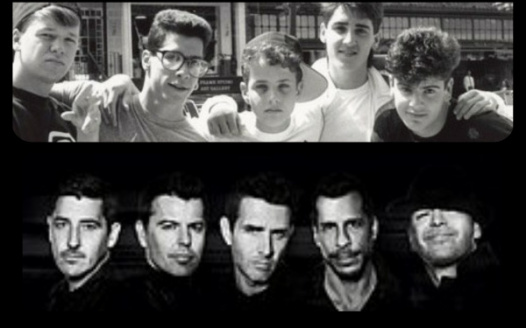 1907 people have signed this petition. Add your name now!

Calling all Blockheads and Funko Peeps! In honor of the 10 year anniversary of The New Kids on the Block reunion, I created this petition because NKOTB fans would like to see The New Kids on the Block be made into Pops figures. As frequent customer of your company, I feel that the failure to recognize this group is a disservice not only to the band, but to the history of pop culture. I believe that nothing says "Pop" more this boy band. NKOTB should be commemorated as Pops figures as they represent pop music and culture at it's core. The New Kids on the Block have revolutionized the music industry in the 80's and 90's, selling over 80 millions records worldwide, as well as over a billion dollars in licensing and merchandise, while capturing the hearts of millions of adoring lifelong fans. Their popularity and success has earned them a star on the Hollywood walk of fame in 2014. They have paved the way for boy bands such as NSYNC, Back Street Boys, and One Direction, to name a few. They have also helped launch the career of Lady Gaga by making her an opening act of their reunion tour. After 30+ years, and a 14 year hiatus, the boys from Boston are still going strong! Upon reuniting and releasing an album in 2008, NKOTB still performs to sold out arenas across the US, and around the world. To this day, The New Kids on the Block still have an extremely loyal fan base that affectionately call themselves, Blockheads. This decades long relationship the group has with it's fans is unlike any other in the business. NKOTB is as loyal to their fans as we are to them. NKOTB reunited for the love of the fans, and keep going for the fans.They interact with us on a personal level, and are always listening to our input. They even get on a cruise with over 3,000 fans each year and party in destinations around the world! NKOTB is always reminding us that they are "thankful" for us, and I believe as a thank you to them, Jordan, Danny, Donnie, Joe, and Jon deserve this recognition. We ask that you create these Pops figures in honor of what they have accomplished over 30 years ago, and for how successful they still are today.