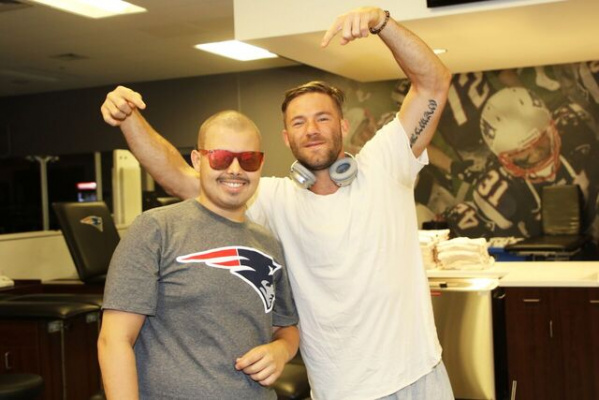 Funding for research for CIC-DUX4 Sarcoma

Every 2 min a child is diagnosed with cancer yet every year our funding for research goes down. Our kids will continue to be affected by childhood cancer until we find a cure. My youngest Matthew was diagnosed in October of 2017 with Cancer they weren’t really sure what kind it was until they did a lot of invasive testing. In November they told us it was CIC-DUX4 Sarcoma and he was stage 4 brain and lung Metastasis. We knew he was in for the fight of his life. He had 14 rounds of chemo and five weeks of radiation which did kill the nature of the beast but to give him quality of life the doctors decided not to remove it. Matthew never gave up, the chemo was doing it’s job but it got smart and came back with a vengeance. Sadly in June of 2018 the day after he graduated high school he took a turn for the worst while having a radiation treatment, it happened that quick, we were told after 3 weeks of him being in and out of the ICU and having emergency brain surgery because one of the tumors hemorrhaged their was nothing more to do,everything stopped working, we tried getting him into trial studies but they had nothing available at that time and time was not on his side. He looked at me and said mom I want to come home, So on July 2nd I took him home to live out the rest of his life the best he could. Sadly he passed away at home on July 20th 2018. I can recall every moment like it just happened. He was only 18 years old. Sarcoma is a beast and it has no mercy it doesn’t care about the age. We need more research for Sarcoma but particularly for his type which is called CIC-DUX4 Sarcoma because as of today there is no cure and there is no research on how to kill this. Out of 116 people there is only 1 survivor because it was caught early on. I never want to see another child or family suffer like he did. My son sadly lost his battle, but I will continue to fight, and I can not do this alone.. Let's be Matthew Strong and come together to help fund research for our kids. Currently Doctors have no idea what to do with this type of cancer they treat it with a cocktail of chemo that they use for Ewing sarcoma basically they’re keeping the cancer at bay the best they can. Lets help them expand and fund research in order to give our kids a fighting chance.Thank you all for signing this petition. It means the world to us!