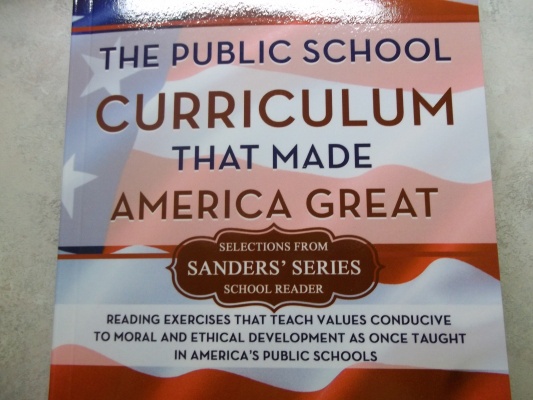 To State Legislatures of any State or Commonwealth currently providing public funds in support of secular charter schools:

WE, the undersigned, petition for Equal Protection under the U. S. Constitution; specifically, the chartering and public funding of Christian charter schools:

WHEREAS, reading lessons which teach classical Christian values conducive to moral and ethical development were once very much a part of American public school curriculum, (see The Public School Curriculum that Made America Great available in the book section at Amazon.com), and,

WHEREAS, Public Schools K-12 in the United States of America have in recent years, contrary to tradition and precedent, demonstrated hostility toward Christianity under an erroneous interpretation of the doctrine of separation of church and state, and, as a result abandoned portions of the curriculum deemed by the herein signed citizens to be vital and worthy of Constitutional protection, and,

WHEREAS, recent U. S. Supreme Court decisions such as Trinity Lutheran Church of Columbia, Inc. v. Comer have established that “the exclusion of churches from an otherwise neutral and secular aid program violates the First Amendment’s guarantee of free exercise of religion”,

AND WHEREAS, the truths once taught in the traditional American curriculum have the power of awakening an intense moral feeling in children and adolescents, and send a pulse of healthful feeling through all the domestic, civil and social relations; that they teach persons to love right, to hate wrong, and to see each other’s welfare as the children of one common God; that they control the baleful passions of the human heart, and thus make persons proficient in the science of self-government; and that they teach one to aspire after conformity to a Being of infinite holiness, and fill one with hopes infinitely more purifying, more exalting, more suited to ones nature than any other, which this world has ever known; are facts, incontrovertible as the laws of philosophy, or the demonstrations of mathematics,

THEREFORE, we the undersigned, petition every state or commonwealth currently offering public charter school status, public funding, or any other benefit to secular charter schools operating within their jurisdiction, to afford those same benefits to those citizens seeking to establish and operate Christian charter schools; specifically, we petition for the passage of state laws and administrative rules that afford the same status, funding, opportunity, and benefits to citizens seeking to establish, within the state or commonwealth, charter schools in which Christian values are imbedded in the school curriculum; and, that those benefits not be denied but rather protected to the extent the organizational structure and operation of such charter schools in all other ways meet state requirements. Moreover, if equal protection is not provided by action of the state or commonwealth legislature, we hereby petition the courts for equal protection.