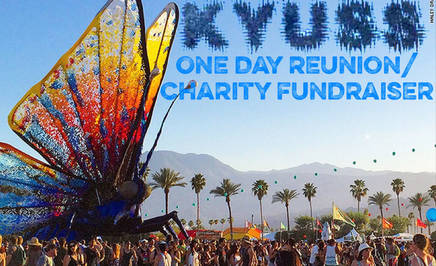 966 people have signed this petition. Add your name now!

KYUSS a highly influential underground hard rock band broke up in 1995 and has not seen a full reunion since then. All the members are still alive and very active in their music careers! 20+ years later their music has been heralded by many giants in the music industry, inspired hundreds of great musical acts, and has earned them a huge cult following!

If even for one day, one performance, this show would be monumental! Fans would travel from across the globe! Band members could help raise money for charities of their choice. Josh Homme has a great charity, The Sweet Stuff Foundation that helps musicians dealing with illness, that could benefit greatly....and I'm sure that the rest have worthy charities they've helped in the past

The fans of KYUSS WORLD, a fan group on Facebook and beyond hope the band members can put aside differences they've had in the past and come together in a spirit of good will and blow our minds one more time.

2016 has been the deadliest year for rock legends in quite some time and also been the year of many high profile reunions. These artists are realizing that their differences mean much less than the legendary music they created with their bandmates and there is no better time than now to bury the hatchet. Life is too short. No one knows what tomorrow holds.

Please, please consider this with an open mind and heart.