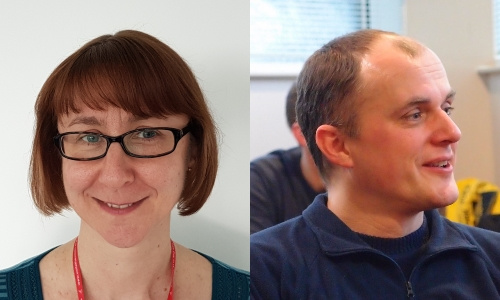 Fujitsu is unfairly attempting to target a number of reps.

Ian Allinson, chair of Unite @ Fujitsu, is in a tiny fake redundancy selection pool where the company proposed to cut 100% of the jobs. Ian has worked at Fujitsu for 30 years and has led union growth there since the early 1990s. He served on Unite’s Executive Council for ten years and is well known in the Manchester labour movement.

Denis Morris was selected for redundancy on the basis of scoring that mainly focused on his rep role and disability, not his skills, knowledge etc. Denis has 16 years’ service.

In the MIS C&DCS department Fujitsu implemented a redundancy selection process based on applying for “new” jobs. It was unfair for everyone, but was used to target the three reps, who were nearly five times less likely to be offered a new job – an outcome less than 5% likely to have occurred by chance.

At the same time, Fujitsu is breaking the agreement with Unite on reps’ time, preventing them contributing when reps’ workload is exceptionally high and many reps are dealing with their own issues at the same time as supporting members.

There is a history of Fujitsu picking on reps and people having to campaign to defend them. Over the years reps have faced trumped up disciplinary allegations and bogus redundancies. Outside any legitimate process, Fujitsu stopped Lynne Hodge doing most of her job in May 2016 and told colleagues not to work with her. Following strike action in Manchester a common-sense resolution acceptable to Lynne and her managers was identified in June 2017. Since September steps towards implementation have begun.

Please sign this petition to tell Fujitsu management that victimisations and breaches of agreements must stop.

Please send messages of protest to the Head of Fujitsu Americas and EMEIA Regions, Duncan.Tait@uk.fujitsu.com