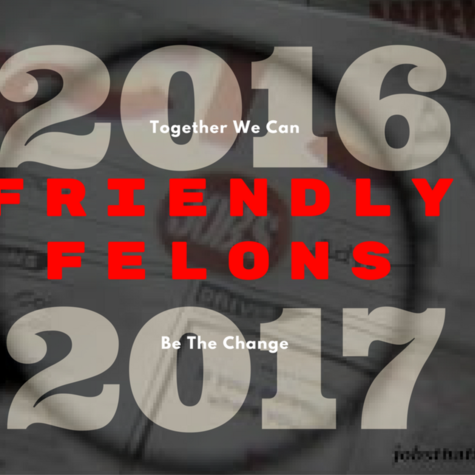 In America, there is an estimated 5.85 million citizens with Felonies on their records (2.5% of the nation's voting age population, excluding DC). The person who is In all states, crimes are classified as either misdemeanors (less serious crimes) or felonies (more serious crimes). Felonies and misdemeanors differ in significant ways:

The felony “checkbox” — the box on the front of most job applications that requires ex-felons to state their criminal past — is an unfair practice that unduly harms ex-felons who are looking for legitimate futures. It keeps felons from finding jobs, which maximizes their chances of falling back into crime.

The good news is there is a growing movement called “Ban the Box” that is working to make the felony checkbox illegal. Twelve states have banned it entirely, and many more are considering doing the same. Banning the box does not mean employers cannot administer background checks; it just removes the initial check from the application. Without this removal, felons can get interviews where they can explain their past actions on their own terms in order to show their rehabilitation.

“Ban the Box” is not a movement of hiding criminals’ pasts from employers; it is one of giving felons a chance to forge a better future in light of that past. And it’s time we give felons the second chance they deserve.I'm pledging a petition to get Idaho to ban the Felony disclosure checkbox so every worker has equal opportunity and rehabilitated Felons can have a fighting shot at a second chance. Change starts with all of us, so it's time we ban together and stand against a system that expects from people what it won't allow it. Today i'm asking you to support this movement by signing this petition so we can make revolution a reality. Thank you all!